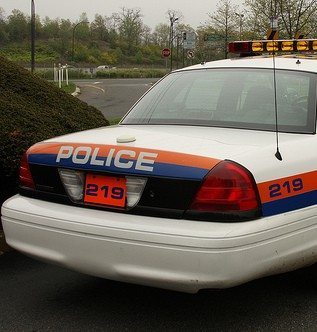 Police are investigating a burglary that occurred in Great Neck Plaza on June 10.

At 1:52 p.m., police say an unknown man subject rang the 34-year-old male victim’s doorbell at his Clent Road apartment and pretended to be a florist delivery man. When the victim opened his door, the man tasered him with a stun gun and then struck him in the head using a glass vase causing him to fall to the ground, according to police.

After a violent struggle, during which the victim saw the man displaying a black handgun, the man bound the victim’s his hands and feet, demanded money, broke open a locked safe that was in a hallway closet and fled on foot.

Cash, diamond jewelry, a passport, and assorted paperwork were stolen. The suspect is described as white, 5’9” tall, 20-30 years of age. The victim was transported by a Nassau County Police Ambulance to a local area hospital and treated for facial fractures and head trauma.

Detectives request that anyone with information regarding this crime to contact the Nassau County Crime Stoppers at 1-800-244-8477. All callers will remain anonymous.