An emergency meeting called by the Great Neck Library Board of Trustees last week succeeded in making some headway and providing some clarity regarding two key issues surrounding the proposed closing and reconstruction of the main branch.

The recent revelation that there are two library 501 (c)(3) corporations registered with the state, one in 1889 and another in 2009, has caused a delay in the issuance of the 20-year (not to exceed $10.4 million dollars) term bond. 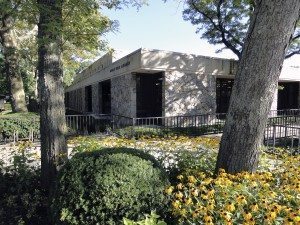 But the Board took action at its hastily called meeting last Wednesday and voted to dissolve the 2009 corporation and amend the original corporation’s charter status with the state to satisfy the requirements of the Dormitory Authority of the State of New York, the agency that is handling the bond approval and releasing of the funds.

The second issue involves the actual closing date of the main branch, which had been widely advertised as being Oct. 29th. That date is now in flux.  The library’s relocation committee will discuss that matter this Monday (Oct. 13) at a 7:30 p.m. public meeting at the Station Branch. Up to date information can be found on the library’s website (www.greatnecklibrary.org).

When asked about the main branch closing at the emergency session, trustee Joel Marcus, who is also member of the relocation committee, said, “We don’t really know yet. We are prepared to close. We have put everything in place. The problem came out because of the charter. That’s why we’re delayed, not because we’re not prepared.”

Also at the meeting, chaired by board Vice President Francine Ferrante Krupski, was library counsel Peter M. Fishbein, a specialist in corporate law. Fishbein played a major role during the evening in explaining the many legalities, technicalities and procedures involved in clearing up the “dual” corporation question. President Marietta DiCamillo is away on vacation and was not present.

“We are in the process of resolving it,” the attorney emphasized, after the Board had voted on the issue. “There will be one corporation left, which will be the original one. I don’t think there was ever a doubt in any one’s mind here that the corporation is the 1889 not-for-profit corporation.”

“The amendments that we approved tonight will be sent to the state education department next week,” explained trustee Varda Solomon, who is the board’s secretary.  “And those papers must be reviewed and approved by the Regents at their meeting on Oct. 20 or 21.”

“This was the reason that there was an urgent meeting,” Solomon continued. “We want to get the papers to them in a timely fashion. After they have approved our papers, and at that point there is only one corporation, then DASNY will meet… and we hope at that time they will find that everything else is in order and approve the bonds. So we know the steps for the paperwork and after the paperwork is approved, we will be able to put the other pieces in place.”

Still, the mystery over why a second corporation was formed five years ago, instead of amending the original corporation documents remains.  Steve Kirschner, the mayor of Russell Gardens who is also an attorney, attended last week’s Great Neck Village Officials Association meeting where library trustee Josie Pizer spoke about the project.

“I had a lot of questions,” he said. “I don’t understand. If you tell me you want to change something you wouldn’t be forming a new corporation. Before you form a new corporation you have to send names up to Albany for them to check.  They don’t want to let you form a second corporation that’s almost identical in name because they don’t want to have confusion. This should have been resolved five years ago by whoever did this.”

The library says that the State Education Department is responsible for suggesting that the second non-profit be formed but no one has explained why the status of first corporation was never clarified or cleared at that time.

Trustee Pizer commented as the emergency meeting ended, “We’re all moving to resolve whatever issues there are. No ball has been dropped. No stone has been left unturned. We’re proceeding with due diligence.”

Earlier in the meeting several questions about the 2009 filing were asked, including whether or not the board feels it was misled by its previous legal representatives, whether the delay caused by the issue would wind up costing the board more money and was the board considering legal action if it had to spend additional money. Attorney Fishbein advised the trustees not to comment on any of those questions.