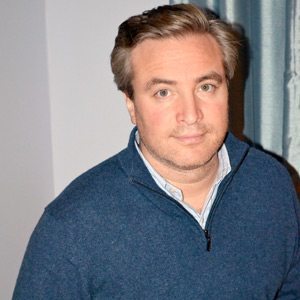 A big fan of the “Walking Dead,” Frey tells how one morning a few years ago, he had a very realistic dream about living in Manhattan during the Zombie Apocalypse. “I got up and sat at my Mac and starting writing what turned out to be State Of Infection, Frey told the Great Neck Record.

He explains that the book is “part horror story, part humor and part romance stirred into a zombie stew and peppered with history, opera and some good wine.” In the book there is a zombie Woody Allen, ziplining grandmas and “a whole lot of zombies who each have a unique and unusual behavior.”

Frey describes his book as “science fiction, zombie novel which ties into the Civil War as well.”

“State Of Infection” tells the story of Dr. Mike Calaf, a busy generalist working and living on the Upper East Side of Manhattan and Avalon Calendar, a television reporter, who is dating Mike’s best friend.

When the zombie infection begins and starts spreading, Avalon and Mike find themselves trapped in a New York City apartment trying to figure out how they are going to survive the zombies, the shortage of food and the complexity of their relationship.

A parallel story, told through Facebook postings, tells the tale of Dr. William Jackson who is the first to discover the zombie infection and is trying to figure out the cure.

Frey is not entirely new to the world of writing, as he enjoys writing and has “seen a lot of poetry published in the poetry magazine world.” He also served as editor for Ad Libitum Magazine, a poetry and short story magazine produced by the College of Medicine where he studied.

However, as a busy doctor, “with two kids, two dogs, a wife and a fullitime job, finding time to write was not easy.” He told the Record that a large chunk of the manuscript was written in the middle of the night, in between delivering babies at the hospital and during lunch breaks in the office.

Frey is a true Great Neck “hometown boy,” having moved to Great Neck when he was two years old, and then grew up in Kensington. He went through the Great Neck Public Schools, graduating from Great Neck South High School in 1989. His Great Neck memories are still very real as he recalls “the important impact the Great Neck South teachers had on me.” Frey still fondly remembers, and misses, a special teacher, Lewis Love, “one of the best science teachers I have ever had.”

After an “amazing childhood growing up in Great Neck, Frey still calls Great Neck “my hometown.”

After high school graduation, Frey left for Brandeis University and later did his medical residency at North Shore University Hospital (while he lived in Manhattan). “Needless to say, the Kensington Deli, Gino’s Pizza and Frederick’s Diner where never too far away.”

After residency, Frey joined Montefiore Medical Center/Albert Einstein College of Medicine where today he is very busy with his obstetrical practice. He is also an assistant professor, training the residents and medical students.

Michael Frey, his wife and two sons live in Westchester.

For further information on , “State of Infection,” check out the website www.stateofinfection.com.

This article appeared in the Great Neck Record Issue 03.14.14.