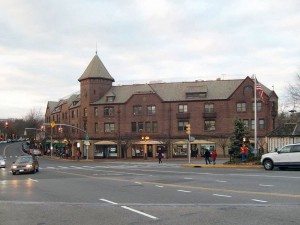 On Tuesday, Jan. 20, the Great Neck Record and the Manhasset Press discovered that the two areas reported that stores in those two communities found they had been the victims of receiving counterfeit $100 bills, usually in the early evening hours. Plaza Mayor Jean Celender told the Record that two village restaurants had been approached with the “bogus bucks.” At Gino’s on Middle Neck Road, it was reported that a young Hispanic woman attempted to pay her $4 bill with a $100 bill. The waiter checked the money with an ultraviolet sensor and found it was counterfeit. The woman tried to pass the money off in another nearby restaurant. That restaurant had no detection machine, but believed the bill to be counterfeit and refused the payment.

According to Eric, owner of DeLis Salon in Manhasset, a young Hispanic woman in her mid-20s entered his shop around 6:15 p.m. He engaged her in conversation, talking about the hair products he had for sale and which would be the best for curls. He had asked whether she was from around there and she answered “yes” and proceeded to pay for the item with a $100 bill.

Store owner Eric checked the bill with a counterfeit detection pen and the bill passed as good. The woman then pocketed the change and left the store. She then reportedly went to several other stores on Plandome Road and either purchased a low price item or asked for change of $100 and paid for it in counterfeit $100 bills. The bills were checked with a fraud pen and were considered to be valid; however, checked under an ultraviolet sensor they come up as counterfeit. The number of stores approached by this woman is unknown.

In addition, at some Manhasset stores, the woman would change her appearance subtly by pinning up her hair. Police reports were filed.

Contacting the Third Precinct, reports were filed and sent to the “Crimes Against Properties” unit. No update was available at press time.