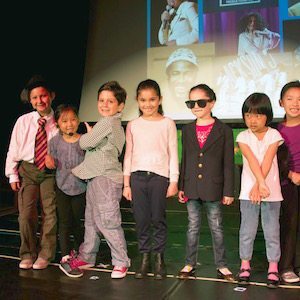 When the summer draws to a close, the fun and educational programs at the Gold Coast Arts Center continue with acting and musical theatre classes that teach the tricks of the trade. As children grow and begin to explore their interests and develop their talents, there’s no better way to harness their curiosity than through the fun and educational experience of live performance.

Introduction to Acting, which runs from Sept. 18 to Dec. 18, will use various methods and techniques to help aspiring actors tell a cohesive story, as they sing musical theatre songs. Becoming acquainted with terms like beats, tactics and obstacles, they’ll demonstrate their skills in a showcase featuring ensemble numbers, solos and duets.

In Broadway Bound Children’s Theatre, which runs from Sept. 22 to Dec. 22, tweens and teens will get a grand Broadway experience while being taught advanced acting, singing and dancing in a production of King Midas and the Golden Touch. In the play, King Midas is punished for his greed when being granted a wish for the golden touch.

In Broadway Bound Junior Children’s Theatre, which runs from Sept. 16 to Dec. 23, an introduction into the Broadway experience will teach acting, singing and dancing in a fun-filled production of Stone Soup.