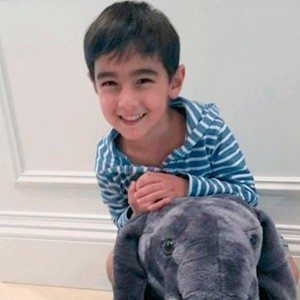 The practice of funding a project, cause or event by raising money from donors on the Internet is called crowdfunding.

GoFundMe was launched online nearly five years ago and has become one of the top crowdfunding or fundraising sites for personal causes and life events. Hundreds of thousands of people have raised more than $900 million collectively from more than 10 million donors through the GoFundMe website.

Two Great Neck cases were posted on GoFundMe. Both of these fundraising events are over and neither of these cases are still active, but all posted successful campaigns.

Rohan posted that he was trying to raise money “to help save elephants and rhinos from poachers.” The young boy and his mother were going to walk in a March protest to save his favorite animals from extinction. The walk was scheduled for Oct. 4, 2014. Rohan said that all funds donated would go to the International Anti-Poaching Foundation. Last year, at the last posting, Rohan said that he had raised $1,601 of $2,000 expected in six months.

OneFamily Fund Charity Ride, also posted last year from Great Neck, said it raised $1,033 of $1,500 sought in one year; raised by 20 people in six months. OneFamily is listed as an organization that provides comprehensive support to victims of terror and bereaved families throughout Israel, from the moment a terror attack takes place for as long as the family is in need, OneFamily is there to help. At the time of last year’s posting, OneFamily was working to provide support for the then newly injured and bereaved families of Operation Protective Edge.

To learn more about GoFundMe and crowdfunding turn to page 4A.