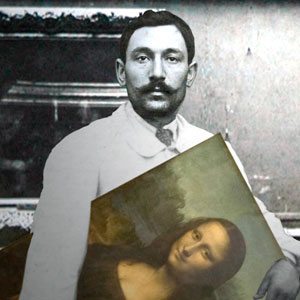 A list of exciting movie previews for the new year has been scheduled by The Great Neck Arts Center’s Furman Film Series at the Squire Theater.

The first picture, scheduled for this Thursday, Jan. 9, is a thriller called The Missing Piece. It tells the true story of the theft of Leonardo da Vinci’s Mona Lisa from The Louvre. Director Joe Medeiros traces the path of Vincenzo Peruggia, charged with the 1911 robbery, and finds the story of a daughter mourning the father she never knew. Combining historical photographs, animation and interviews with Peruggia’s descendants, Medeiros answers why and how the man called “Macaroni” by his French co-workers absconded with and kept the legendary painting for two years. This riveting, often humorous documentary, portrays a man struggling to find his way in the world and make his family proud. Most touching are the scenes of Peruggia’s 84-year-old daughter, Celestina, who grew up on stories about her father and longed for the truth.

The film previews continue on Thursday, Jan. 23, with a presentation called The ZigZag Kid, direct from the New York Jewish Film Festival. Starring Isabella Rossellini, the movie is a spirited adventure about an almost-13-year-old boy.

The Jan. 30 presentation, Le Week-End, stars Jim Broadbent, Lindsay Duncan and Jeff Goldblum. Revisiting Paris for the first time since their honeymoon, a long-married couple in the film run into an old colleague and discover a new vision of what life and marriage might be.

Each of the films are followed by an audience discussion with someone who starred in the movie, was involved in its production, or is an expert on the topic being discussed.

Tickets to all films in the series are just $75, and $65 for senior citizens. Individual tickets to previews, which include the audience discussions that follow, are $15, and $10 for students, when purchased in advance. All tickets are $20 at the door. The Arts Center accepts all major credit cards, in addition to cash and checks.

For further information about the series and to purchase tickets, call The Arts Center at 829-2570 or visit their website, www.greatneckarts.org.