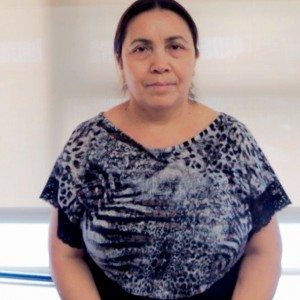 At the Great Neck Social Center (formerly the Great Neck Senior Center), as they celebrated Mother’s Day this past Sunday, one of the mothers, Louise Gajmer, was suddenly a very relieved and grateful mother. A volunteer at the Social Center, had been living in overwhelming fear as she tried to reach her family in Nepal. Here was a terrified mother whose family, so far away, was living in mortal danger in Kathmandu.

On Saturday, April 25, a 7.8 magnitude earthquake, followed by multiple aftershocks, tore the city and surrounding areas apart. And this is just where Gajmer’s family lived, in Kathmandu.

The family home, once safe, across the street from where the Dalai Llama lived before being forced to leave, was now in ruins. There was little food, little clear water and the possibility of imminent death, injury and disease. The last word she had gotten from her 20-year-old daughter and the 14-year-old twin girls, had been a full week ago last week, a week of terror and fear for mother and far-away children. Thinking of how people had been buried in the rubble of this gigantic earthquake, Louise had been desperately trying to find out if her children had survived, worried if they were alive.

Many of the participants at the Social Center had their own histories of tragic events, so seeing Louise Gejmer, her face drawn, her eyes wide and her mouth quivering as tears slowly welled up, there was an instant wish to help. And then the senior citizens had in idea; it was an immediate reaction to send money to relieve the suffering of these suffering global neighbors in Nepal. Someone got a glass jar and in five minutes it held $72.

So on Wednesday morning, last week, Louise was finally able to locate her family and speak with her children by way of a five-minute limit of cell phone connection. They Gajmer family children are alive and well, in the care of family well away from the severe problems still plaguing Kathmandu. Great Neck friends and Kathmandu neighbors literally saved the day for Louise Gajmer.