Lucia Geng, a junior at Great Neck South High School, will be competing against students from across the country in the Jeopardy! Teen Tournament. The two-week event, which starts on Wednesday, Nov. 9, and runs through Nov. 22, features 15 of America’s sharpest teenagers, ages 14 to 17, who will be competing for a $100,000 grand prize.

Of the 15 contestants selected for this fierce competition, five are from the tristate area. The rest hail from Alabama, California, Delaware, Florida, Maryland, Ohio, Tennessee, Texas and Wisconsin. The show was taped before a live audience at DAR Constitution Hall in Washington, DC, earlier this year. 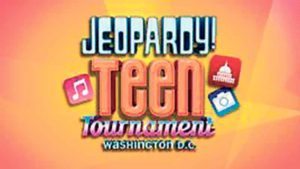 “The Teen Tournament is my favorite yearly event due to the energy and enthusiasm of our young contestants,” said Jeopardy! host Alex Trebek. “Taping this year’s shows in DC only added to that feeling of excitement and also created a sense of occasion that was felt by everyone who participated in it.”

Jeopardy! airs weekdays at 7 p.m. on ABC 7. Geng will be appearing on Monday’s Matchup on Nov. 14 in the Quarterfinals. For more information, visit www.jeopardy.com and follow Jeopardy! on Snapchat for exclusive behind-the-scenes content.