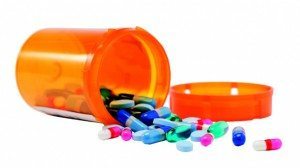 William Scully, president of Pharmalogical on Northern Boulevard in Great Neck, was convicted on 66 felony counts for distributing millions of dollars worth of unapproved prescription drugs on Nov. 12 after a six-week trial, according to the U.S. Attorney’s Office for the Eastern District of New York.

On April 30, 2014, a 73-count indictment was unsealed in federal court in Central Islip, charging Scully of Commack as president, and Shahrad Rodi Lameh of Manhasset as vice president, of Pharmalogical, Inc., doing business as Medical Device King in Great Neck, with multiple counts of conspiracy, mail fraud, wire fraud, distribution of misbranded and counterfeit prescription drugs, trafficking in counterfeit goods and smuggling, according to Department of Justice, U.S. Attorney’s Office, Eastern District of New York.

As alleged in the indictment, the defendants operated the illegal schemes since March 2009, and the counterfeit cancer treatment medication was sold to an oncology practice in Iowa. The defendants sold other drugs and devices in the U.S. including Mirena brand intrauterine birth control implant devices (IUDs), which were manufactured in Finland and weren’t approved by the United States Food and Drug Administration for use in the U.S. The unapproved IUDs were sold throughout the country to women’s clinics and health care providers. The defendants also sold a variety of other unapproved prescription drugs during the course of the scheme and grossed more than $17 million.

“As alleged, instead of seeing an opportunity to alleviate suffering and cure disease, Scully and Lameh saw a chance to make money off the backs of those already fighting for their lives, selling counterfeit cancer medication to an unsuspecting clinic. The defendants deliberately and repeatedly flouted the laws enacted to protect our citizens, all in order to flood the market with counterfeit and unapproved drugs and medical devices just so they could line their own pockets,” stated Loretta E. Lynch, United States Attorney for the Eastern District of New York. “We and our law enforcement partners will vigorously pursue and prosecute those who seek to profit from the illness of others by such fraud.”

Mark Dragonetti, Special Agent-in-Charge, Food and Drug Administration, Office of Criminal Investigation, New York Field Office (“FDA OCI”) stated, “The FDA will remain vigilant in our efforts against those who would threaten the integrity of the prescription drug supply chain by introducing counterfeit and unapproved products for their own financial gain. We commend the work by the U.S. Attorney’s Office, and together we will continue to pursue those who jeopardize the health of the public.”