The Gold Coast Arts Center in Great Neck added four talented international musicians to the faculty to help instruct in various areas, such as saxaphone, clarinet, piano, violin and voice through one-on-one, semi-private and full class instruction for various ages and skill sets at the beginning of the year. 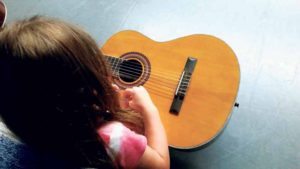 The Gold Coast’s School for the Arts is unique in its dedication to provide quality musical instruction through its diverse highly trained and multitalented staff. With the addition of these faculty members, who have studied everything from classical to jazz, toured with symphonies and won awards for their contribution to music and education, the center will add classes, such as Group Advanced Piano Class and Teen/Adult Jazz Workshop.

Jan Kus, a saxophone, clarinet and piano instructor, is an educator and performer, who worked as head of the education department at the Slovenian-based institute Boben in Lajna from 2011 to 2012. Specializing in classical music and jazz, Kus has been teaching privately—beginner, intermediate and advanced—for many years. Kus is a trained saxophone and clarinet player, but also teaches ensemble classes, beginner piano, music theory and rhythm classes.

“As an active, international working musician with a strong passion for music on one hand, and a two-time main organizer of an international summer camp of music on the other hand, I believe I possess the necessary qualities to help the students find their own paths and reach the maximum of their musical and creative potential,” said Kus.

Hsinwei Chiang, a violin instructor, is a Taiwanese violinist, composer and educator in both jazz and classical genres. She has studied classical violin since she was a childand has toured with symphony orchestras in Malaysia, Italy, California, Hong Kong and Berlin since she was 10 years old. After graduating from Taipei Univeristy of Art with a BA, she discovered her interest in improvisation and colloborated with different artists in jazz, world music, dance theater and fine art in major venues in Taiwan. As an experienced music educator, she taught violin in Taipei for a decade, as well as general music in public schools in Taoyuan. She received a master’s degree from the Aaron Copland School of Music at Queens College in New York.

Chiang will be offering a new group violin class, which introduces basic violin and music training through games, movements and stories. “Students will enjoy the simple pleasure of playing music,” said Chiang. She believes strongly that playing violin opens a new world of sensory perception through world by touch, hearing and sight.

Tuomo Uusitalo, an advanced piano instructor, is an award-winning jazz pianist, educator, composer and arranger. Born in Tampere, Finland, Uusitalo started playing piano at age six. As a teenager, he played different types of music, from classical to pop/rock, and soon became fascinated by jazz. While studying music in Austria at the University of Music and Performing Arts, Uusitalo had the chance to work and perform with many jazz legends including Bob Brookmeyer, Billy Hart, Curtis Fuller, Jimmy Cobb and Jim Rotondi.

In 2012, Uusitalo moved to New York City, where he has quickly become one of the prominent pianists on the jazz scene. During his time in NYC, h’s worked with legendary jazz musicians and bands, including The One and Only Tommy Dorsey Orchestra, Rich Perry, Joe Farnsworth, Curtis Lundy, Tyler Mitchell, David Schnitter, Jeff Hirschfield, Johnny O’Neal and Greg Bandy. Of his teaching experience, he said, “I enjoy nurturing and sharing my experience with students through private and group lessons.”

A new group advanced piano class will be taught by Uusitalo, where piano, harmony and rhythm lessons designed for advanced students will introduce different styles of music, from classical to pop and jazz. Students will work on a deeper understanding of harmony, rhythm and improvisation. Skills that will be developed include ear training, collective improvisation, building repertoire and learning the “language” of specific styles of music.

Maya Nova, a trained voice instructor who also teaches guitar and piano, is a soulful jazz vocalist with 20 years of performing experience and 10 years of teaching experience in the continents of Europe, Asia and America. She received a bachelor’s degree from the pop and jazz department of the National Music Academy in Bulgaria and a master’s degree from The Jazz Vocal Performance Program at Aaron Copland School of Music at Queens College. From 2008 to 2012, Nova was an adjunct main study voice lecturer at the contemporary music performance department of LaSalle College of the Arts in Singapore and also taught voice lessons at United World College, German International School and Saint Joseph Institution International in Singapore.

Nova will be teaching a Teen/Adult Jazz Workshop for ages 14 and up that will include learning about jazz standards, song form and choosing the right key, knowing how to listen to the jazz greats and finding different versions of a tune, learning the blues, rhythm exercises and making lyrics swing.

Robert Hoffmann, who has developed his vocal and teaching ability through a variety of life experiences and is a graduate of Hunter College with a master’s degree in music education. He achieved a three-night record-breaking draw to New York’s China Club at the peak of its popularity, and his CD Believe was produced by Grammy-award winner Richard Oliver. He has earned the respect of top studio musicians such as Richie Canata and Peter Yaro, and is a vocal instructor, teaching confidence from proper breathing and vocal exercises.

Tina Lama is a string, voice and piano instructor based in New York. For the past 20 years, she has regularly performed with jazz, bluegrass, rock and orchestral groups throughout North America. Lama received her master’s degree in jazz performance from Queens College in 2014 and has performed alongside Tony Bennett, Danilo Perez and Jimmy Heath, as well as Emmy- and Independent Music–Award nominated bluegrass and hip hop groups.

Lama will be teaching a versatile introduction to rhythm and instruments for ages six and older. Students will learn the basics of rhythm, percussion, guitar and piano.

Glenn Manion has been playing the guitar since 1969. In 1983, he and his musical partner and wife, Suzanne Smithline, formed “Squeaky Clean,” which specializes in presenting classic rock and roll in schools, theaters, etc. The group made regular appearances on Nickelodeon’s Eureka’s Castle for several years. As a songwriter, he has received awards from ASCAP and the SKC/ New York Music Awards and has a BA from New York University.

Lesley Stoller is a NYS-licensed music teacher with an MA in psychology. He has been teaching music for the NYC department of education at Queens Children’s Psychiatric Center for 19 years. Stoller is a permanent member of the BMI Lehman Engel Advanced Musical Theater Workshop, where he developed his new musical, The Talking Cure. He is an ongoing contributor to The Night Kitchen Radio Theater and recently conducted his original score for their production of The Emperor’s New Clothes at The Kennedy Center’s Family Theater.

Sharon Bernstein is a cellist who has played at leading festivals including the NYSSSA School of Orchestral Studies at the Saratoga Performing Arts Center, the Aspen Music Festival and the Boston University Tanglewood Institute. She has performed with several orchestras including the Boston Civic Symphony, the Greenwich Village Orchestra, the New Amsterdam Symphony Orchestra and the North Shore Opera Company. She is currently a member of the South Shore Symphony and the Nassau Pops Symphony Orchestra where she performs regularly.