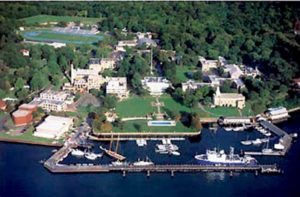 Defendant accepted more than $150,000 in bribes from contractors

John C. McCormick, 60, a former planner/estimator for the Department of Public Works of the United States Merchant Marine Academy (USMMA) in Kings Point, plead guilty in Central Islip federal court on Friday, Jan. 20, to receiving a bribe as a public official in connection with his participation in a scheme to defraud the United States by steering maintenance and repair contracts to favored contractors.

According to previous court filings, between 2000 and 2014 while McCormick was employed by the USMMA, he solicited and submitted fake bids on contracts he supervised in order to steer the awarding of maintenance and repair contracts to favored contractors who paid him bribes.

In October 2014, federal agents recorded McCormick accepting a bribe from a contractor on the USMMA grounds. McCormick was arrested shortly thereafter. This plea is the result of a continuing investigation in which the government has previously filed charges against other USMMA employees and a number of contractors.

“The receipt of bribes on government contracts threatens the quality of the work being performed and the integrity of the contracting process. Such brazen conduct will never be tolerated and the defendant will now be held accountable for his crimes,” said Robert L. Capers, United States attorney for the Eastern District of New York. 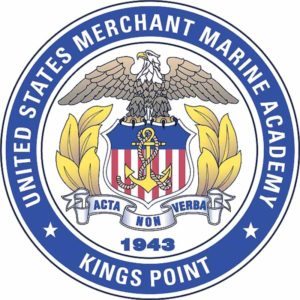 “The guilty plea entered into today by John McCormick for receiving a bribe as a public official, demonstrates that those entrusted with the stewardship of taxpayer dollars will be held responsible for maintaining the highest level of integrity,” said Douglas Shoemaker, regional special agent in charge, United States Department of Transportation–Office of the Inspector General (DOT-OIG). “Our agents will continue to work with the secretary of transportation and other federal, state and local law enforcement and prosecutorial
colleagues to expose and shut down fraud schemes that adversely affect public trust and DOT-assisted transportation programs.”

Kathy A. Enstrom, acting special agent in charge, Internal Revenue Service-Criminal Investigation, New York Field Office (IRS), added, “Government employees are hired to serve the best interests of the public, not to illegally enrich themselves. Today’s plea by
Mr. McCormick underscores our commitment to work in a collaborative effort to promote honest and ethical government at all levels and to prosecute those who violate the public trust.”

At sentencing, the defendant faces a maximum of 15 years’ imprisonment. The defendant has also agreed to forfeit $60,000 illegally received by him as part of the scheme. Sentencing is scheduled for May 19, at which time the court will determine restitution.