On Friday, Sept. 25, the Vigilant Fire Department worked to extinguish a fire on Willow Place in Great Neck Estates, but ultimately, the house had to be demolished.

The cause of the fire was unknown. The assistant chief said that they did the best investigation they could and had a “good talk with the fire marshals but were unable to determine the cause.” Charry indicated that the Town of North Hempstead considered the house “structurally unsound.”

The town had t 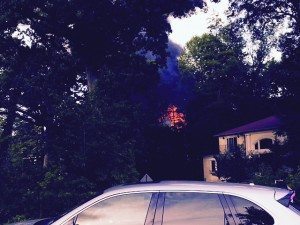 o knock down what was left of the house. Charry said, “Fifty percent of the house collapsed by the time we put the fire out,” and that “the fire had a tremendous head start on us.”

According to Charry, mild injuries from the incident were sustained by one person, who was treated and released. The identity of that person had not been released. 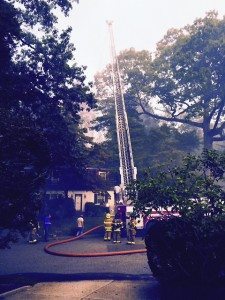 Assistant Chief Charry said that if you think you see or smell smoke, call the fire department immediately to investigate. He said, “If you think you got something, call us and get us there. That’s the bottom line.” As the saying goes, it’s better to be safe than sorry.