Jimmy Ma, a 22-year-old figure skater who grew up in Great Neck, garnered more than a half-million YouTube views of his short program at the U.S. Figure Skating Championships in San Jose, CA, when he performed to the bold 2013 hip-hop/rap song “Turn Down for What” by DJ Snake and Lil Jon. Though skaters traditionally select classical pieces, just after the 2014 Olympics the International Skating Union voted to allow songs with lyrics, so performers can now choreograph their routines to more diversified music.

“I was expecting a different response,” said the 2013 Great Neck North High graduate of the overwhelming popularity of his performance. “It was an unconventional piece of music that normally people wouldn’t use. There was a fork in the road and I went straight. It was fun doing something different.” 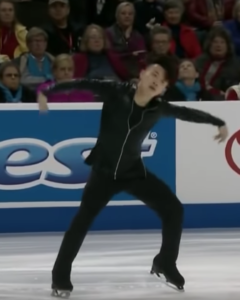 Since audiences watch hours of performances with similar tunes, Ma wanted his routine to be original and maybe even attract some new fans to the sport.

“I wanted to stand out,” said Ma. “When the audience sits through hours of the same thing, I didn’t want them to be bored and I wanted to bring in a new audience. If people flipping through the channels on TV saw some short Asian kid skating, maybe they’d stay and watch the other top guys in figure skating who will represent the U.S. in the Olympics. The hip-hop showed my personality on the ice and it drew in a younger audience who thought my performance was pretty dope.”

Ma’s diverse musical taste was an asset in the selection process. He has studied classical piano for at least a decade and appreciates all musical genres. 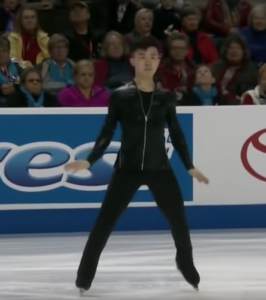 “I enjoy classical music very much and have an appreciation for it,” said Ma. “I like hip-hop music the most, but if someone talented comes along, I’m open.”

Last spring, when Ma and his choreographer, Nikolai Morozov, were barbecuing, drinking a beer and discussing his new routine, they came up with the idea to incorporate hip-hop music.

“We knew we wanted hip-hop, something people could relate to,” said the skater. “My choreographer choreographed two routines before we selected a song. We had a few songs in mind that we played at the rink, because it sounds so different in a big arena. When we played ‘Turn Down for What,’ it was very organic. It was big, exciting and sounded great in the rink. So we started choreographing to it.”

Ma began ice skating before his eighth birthday. He skated locally at Parkwood when he was little and also at Chelsea Piers in Manhattan, but he never expected the sport to become a passion. 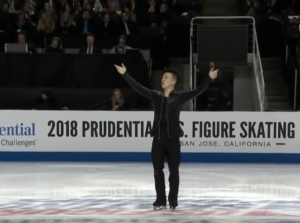 “I first skated at a birthday party and hated it because I fell on my face,” said Ma. “My mom said to brush it off and get back up. Skating first began as an after-school activity but, gradually, it became a passion, one day at a time, one step at a time, through encouragement from my coaches and parents.”

Like many skaters, Ma also had ballet training when he was young, which is why skating to classical music is very comfortable for him. He also studied hip-hop along with ballet years ago, but has been taking hip-hop again in the past two years.

“I had to make it special and it had to stand out,” noted Ma. “People had to feel my movements.” 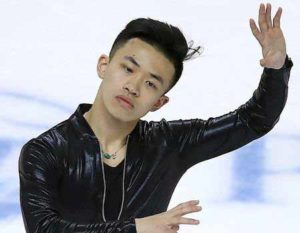 Though few other boys skated when he was young, Ma finds the sport more difficult for young men.

“In the beginning, it’s easier for the guys because there aren’t as many boys,” explained Ma. “At the top tier, it’s so much pressure being a guy. After you cross the threshold, it’s very difficult. You have to maintain your capability and are held to a much higher standard.”

Though his graceful, edgy routine received so much popular attention, Ma placed 11th in the championships and didn’t qualify to compete in Pyeongchang, South Korea, at the Winter Olympics next month—the first that will feature figure skaters performing to music with lyrics. In 2014, he won Bronze in the national contest while competing in the junior division and placed 20th overall last year. 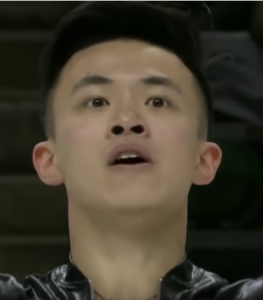 After graduating from North High, Ma took classes at Fordham, first as a finance major, then in computer science. He recently moved to Dallas to train with coaches there, but he plans to enroll in online courses. Right now, he spends the entire day at the rink and then goes to the gym. But, he values education and appreciates that his parents are so supportive of his path.

“My parents laughed at me when I said I wanted to be a doctor,” noted the skater. “As a kid I could never sit still, so they always supported what I wanted to do—piano, swimming, tennis, clarinet and saxophone. They wanted me to become my own man. They always wanted me to be educated. I wanted to find something that I loved and do it well. I just can’t thank them enough for their support. They sacrificed so much. I don’t even know how to show my gratitude.”

In the next four years, Ma plans to focus on building his reputation and points, work hard and hope for the best. He offers the same advice to anyone trying to follow his path.