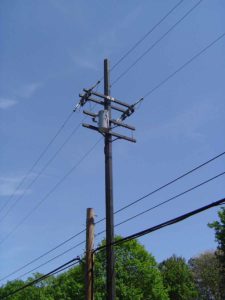 To improve the reliability of the energy grid and reduce the number of customers affected by an outage, PSEG Long Island began a circuit-reliability project in Great Neck Plaza and Great Neck Estates in May that will last approximately 10 months.

The route covers approximately .8 miles along an electric main-line circuit and crews will work on the following streets:

• Hillside Avenue, between Elm Street and dead end; and

Crews will move the main-line wires underground along the following streets:

• Cedar Drive, between Magnolia Drive and Myrtle Drive; and

In 2014, more than $729 million of federal recovery funds were secured for the Long Island Power Authority via an agreement between Governor Andrew M. Cuomo and FEMA, under the FEMA 406 Mitigation Program.

“PSEG Long Island works hard every day to ensure customers have the most reliable and resilient electric service possible,” said John O’Connell, PSEG Long Island vice president of Transmission and Distribution Operations. “Undertaking this FEMA-funded project in North Hempstead means even more Long Islanders will be served by equipment that can withstand extreme weather and provide the exceptional service our customers deserve.”