Anton Media Group, the publisher of the newspaper you are reading right now, is not a big newsroom—there are less than 20 individuals on the editorial team, and even fewer than that in the sales and design departments. This is a tight-knit, family-run organization publishing an immense amount of content each and every week.

Similar sentiments can be said for the Capital Gazette, a local community newspaper in Annapolis, MD, where a gunman entered on June 28 and slaughtered five people who were working hard to put together the latest issue of their paper. The dead include the editorial page editor, an assistant editor, a staff writer, a sales assistant and a special publications employee. All positions that currently exist here at Anton Media Group.

Try to imagine yourself at your place of employment, wherever that might be. You work hard to bring home your pay to take care of yourself or your family. Then imagine that sometimes an outsider decides to sit down and take the time to write a hateful letter to you merely because they disagree with your particular view of the world. This has happened in every newsroom I’ve ever worked in—for the most part, exchanges with readers are constructive back-and-forth debates, but sometimes reporters and editors have to deal with complaints that border on dangerous harassment.

Now imagine that you’re employed at a media outlet and the president stands in front of his followers—many of whom just so happen to be gun owners—and describes the news media as the “enemy of the American people,” while those same followers insist that they cannot wait for vigilantes to start “gunning journalists down,” as former Breitbart News editor Milo Yiannopoulos did just two days before the attack. Would you feel safe? Would you go to work every day?

Well, we go to work every day, as do other journalists in community newspapers across the country. The Capital Gazette went back to work, in fact, they went ahead and published their paper the day after the shooting with front-page coverage of the five colleagues shot dead. That should tell you all you need to know about the people who do this for a living—in spite of the dangers or the rhetoric or readers’ contempt, the deadlines will be met and the paper will be published.

Whether the shooting was motivated by the extreme right’s insistence that journalists are the enemy or it was something else entirely is irrelevant. The fact that it is plausible that the act could have been motivated by violent threats from the leader of the free world is deeply troubling.

And yet, in all that despair, there is one indisputable fact: the more the current occupant of the White House vilifies the media, the more journalists he is creating.

Column: Learn The History Before You Criticize 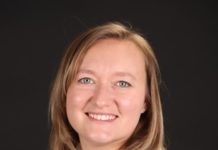 Letter To The Editor: My Experience Runs Deep

Letter To The Editor: It’s A Sign Of The Times

Roxanne Seeman: A Life In Song

Together Against Anti-Semitism: Local Leaders Unite To Condemn Hate