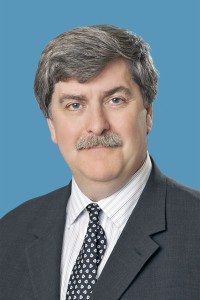 The announcement of the new position was made last week after the college’s board of trustees selected him from a pool of over 70 applicants. This will be Dolan’s first administrative position on the college level.

The college has been without a president since 2011 and Dolan’s interim position is expected to last only several months until a permanent selection is made.

On its website, the Garden City college still advertises its search for a new president who “will take office in January 2016.” Applicants had until Sept. 1 to apply.

Nassau Community, with 225 acres, 50 buildings and more than 23,000 students, is the largest of New York State’s single campus community colleges.

Dolan, 58, told the school district last November that he would be resigning at the end of the school year for personal reasons. His decision came as a surprise to the Board of Education that first hired him in 2009. Dr. Teresa Prendergast has succeeded Dolan as Great Neck’s Superintendent.

Dolan, at the time of his resignation, spoke of the pleasure and satisfaction he has experienced in the school district. He told the Great Neck Record that he was resigning for “entirely personal reasons.” He said that there was “nothing pulling me away from Great Neck,” but that there were compelling reasons drawing him towards family.

He also said that his hope was to spend more time with his wife and grandchildren, and find more time to travel. He also indicated teaching at a university might be in his future.

When Dolan made his announcement that he was leaving, Board President Barbara Berkowitz said, “We have been very satisfied with his service. Tom has been an excellent superintendent, respected and valued by both the board and this community.”