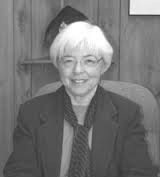 Longtime Great Neck resident Deena Lesser was honored at a reception and a presentation at North Hempstead Town Hall last Tuesday evening, May 12, as she retired from her town post. “Deena has served the residents of the Town of North Hempstead for many years and we are grateful for her dedication,” said Town Supervisor Judi Bosworth.

Lesser has held numerous posts in the town and the village government. From 1989 to 1992, she served as mayor of the Village of Thomaston. Just prior to winning that election, she served as a member of the Thomaston planning board from 1987 to 1991 and as a village trustee from 1981 until 1987.

With all that Deena Lesser has done for her community, she has received several honors, including the Town of North Hempstead Women’s Roll of Honor, 2007; the Great Neck Chamber of Commerce Giraffe Award, 2006; the Zonta Club of Greater Queens, Woman of the Year, 2007; and the Great Neck Rotary Club Women in Government, 2007.

Quite an impressive career. And, for sure, no one expects that Deena Lesser is finished yet. More to come.