It shouldn’t take the solemn image of an innocent eight-year-old girl wearing her dead father’s fireman dress cap to raise the consciousness of our Great Neck mayors. I am referring, of course, to the tragic loss of firefighter William Tolley. The local papers featured not only the brave image of William’s beloved daughter Bella and wife, Marie, but the disturbing and beyond-her-years remarks of Bella. She said, “Mommy, daddy is too young to die…I have no daddy.”

Only a soulless human being would not be moved to tears.

And so, Mayor Bral—in matters of life and death—one must be bold and blunt. On behalf of those Great Neck residents who respect and revere Vigilant and Alert volunteer firefighters, I would like to suggest to you that the treatment they received from our elected leaders is unconscionable. To treat them as anything less than the neighborhood heroes they are, to inflict upon them undue stress, worry and fear for their future in our community where residents adore them is a tragedy.

I would like to point out that you were elected to serve our community and not take charge as if it were your way or the highway. That may be the way some dictator-like countries operate—or some sad, dysfunctional families operate—but the Village of Great Neck is neither of those. The people who reside here and call Great Neck their home want some things to remain the same. And it is peculiar that you are choosing to stand strong with another Great Neck leader who is infamously known in our community for being difficult and confrontational. These are the exact remarks of respected Great Neck residents, spiritual leaders and law enforcement officers—and not my own. When you align yourself with another, you should first take care to examine their standing in the community.

You must recognize that resident billing will ultimately place a steep financial burden on residents you were elected to serve and protect. Are some people’s pocketbooks more important than others? Your actions in this matter seem to suggest that you hold dear the values of a particular group of residents over the critical masses. Sorry for the strong words, but like I said, in matters of life and death, one must be bold and blunt.

I would not want to mourn the premature loss of my elderly neighbor because she was fearful of calling for ambulance service—worried she would be financially wiped out. On this eve of Shabbat, please put a stop to this recklessness of resident billing and restore our community’s peace of mind. There is still time for you to turn this around and do the right thing—with respect to the ambulance contract and much more.

Editor’s note: According to Vigilant Fire Company Chief Josh Forst, the Villages of Great Neck, Great Neck Estates, Great Neck Plaza, Kensington and Thomaston have either signed and returned or approved Vigilant’s 2017-18 ambulance contract, though Kings Point and Saddle Rock still have not. 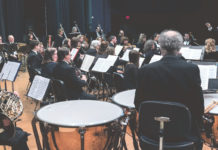