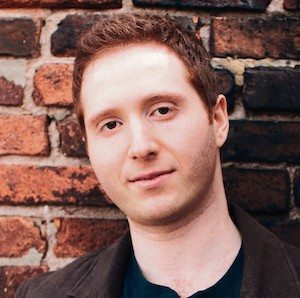 While Great Neck author Dan Levinson speaks fondly of his great-aunt Herma and her role in inspiring him to be a writer, he also credits his Super Nintendo with giving him inspiration when he was only seven or eight years old.

The 29-year-old Levinson has just published his second book in a projected series of five that he’s calling the Psionic Earth series, Shadows Collide (Jolly Fish Press; $16.99) and says that he got his start when his mother bought him a game for his Nintendo, Final Fantasy II.

“I always loved great stories from a very young age,” said the graduate of Great Neck South and NYU’s Tisch School of the Arts. “The game was a role-playing game. It was filled with characters and developing stories. At first, my mother had to read the dialogue to me, but I got so tired waiting for her to accompany me on the next leg of the story that I learned to read it by myself. 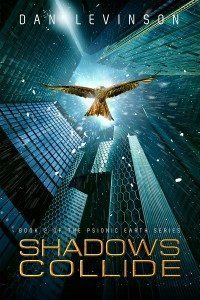 “I just wanted to keep playing and wanted to know what happened next,” he recalled. “By the time I finished the game I wanted to know the next thing that was going to happen. So I took it upon myself to write the next leg of the story myself. It was the first thing I ever wrote.

“The other person who took me down this path was my great-aunt, Herma Werner. She cowrote a number of romance novels and when she found out I had an interest in writing, she took me under her wing and nurtured me. She was incredibly encouraging.”

Levinson’s specialty is writing speculative fiction. He says that it “encompasses science fiction, fantasy and horror—essentially, realities that are outside of our normal day-to-day lives. It’s a lot of fun.”

The first book in the series, Fires of Man, was published last summer. “I think it did pretty well for the first book in a series by a brand-new author,” he said. Reviews on Amazon were very positive.

When asked for a description of his series, Levinson said, “It takes place in a world very similar to our own but where certain gifted people have developed these psionic (supernatural) powers; the ability to manipulate energy and reality and a level of thought. We have these two powerful nations who are diametrically opposed to one another and they’re recruiting these gifted people in secret and using them to wage a secret cold war. As the story begins, one of these nations is about to make a move against the other one. War is about to flare up again.”

Right now Levinson is immersed in continuing and developing the series but would like to see it eventually become a TV or movie project.

“I have a couple of outlets that I’m exploring,” he said. “I have a friend who’s a screenwriter. He’s exploring the possibilities, pitching it to networks, and I have another friend who has some close contacts with some film agents.

“I’m hoping for the best. It could be a TV series. I would love to do it for the big screen, too. More of my dream is to do it as a film series but a lot of people have said to me that this would work really well for TV. But I’m open to all possibilities.”

Levinson went to Saddle Rock Elementary and still lives in Great Neck, as do his parents, Lee and Amy. He also has a sister, Dana, who is a composer and lyricist in musical theater and a brother, Michael,
who is still attending NYU. His father is a dentist with a practice in Bellmore and his mother is a former jewelry designer who frequently contributed to the Metropolitan Museum of Art catalogue.