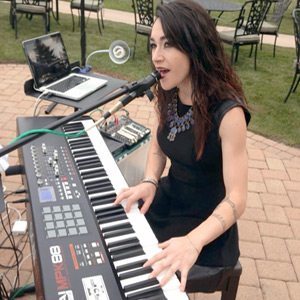 Rescue Rue is a musical fairytale with puppets, telling the story of one dog’s journey from shelter to adoption, and then finding a “fur-ever” home in New York City.

Speaking bout the show, Steinberg told the Great Neck Record: “Children will love Rescue Rue because there are puppets, fun catchy music and lovable characters. There is also a story that a lot of children can relate to which is finding where you belong and being loved and understood.”

She added: “Rescue Rue is a children’s musical theatre piece that isn’t just for children. It’s a story about finding your place in the world, the ups and downs you face along the way, and the friends and foes who you learn and grow from throughout your journey. Those are themes that everyone can relate to no matter how big or small, young or old. It has been a wonderful collaboration process and I cannot wait to start rehearsals and see this piece come to life on stage at the end of April.”

Steinberg, who grew up in Great Neck, is currently a Roslyn resident. She is a New York City-based performer, composer, songwriter and session vocalist. Her credits as a performer include performances in New York City: Broken Bride: A Rock Opera (Ars Nova); and concerts at The Bitter End, New York Theatre Barn at The Cell, Rockwood Music Hall and others. In Chicago Steinberg has performed in concerts at The Empty Bottle, Reggie’s Rock Club and Schuba’s.

Steinberg holds a Bachelor of Music in Songwriting from Berklee College of Music.