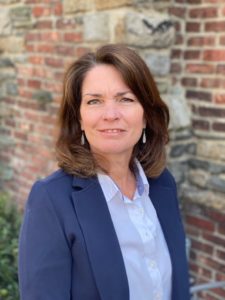 Manhasset resident Jennifer DeSena will be running for the Town of North Hempstead Supervisor seat as a Republican. She is a newcomer to politics, a lawyer by trade and has taken several volunteer leadership roles in her community, becoming a prominent voice on mental health and substance abuse in the town.

“When I found out Judi Bosworth wasn’t running again, I hoped that we would have someone who really knows the community step up and run for the job,” DeSena said. “I didn’t realize at the time it would be me.”

Despite running on the Republican ticket, DeSena is a registered Democrat. She had been a registered Republican since she was 18, but switched about a year ago after what she saw on the national level. It also allowed her to vote in the Democratic primary in New York as the state has a closed primary system.

“I changed my affiliation last year,” DeSena said. “I felt like some of what was happening on the national level was very divisive. I felt like we needed a change at the national level. I wanted to support Bloomberg or Biden and I thought they would make positive change so I switched my affiliation, but I’m a moderate. I think that at the town level, our issues are really not Republican or Democrat, we have so much common that we, that we should be working together to improve the level of service.”

“Jen DeSena is a choice that all North Hempstead residents can be proud of,” The Gold Coast GOP said in a statement. “Her advocacy and community involvement are second to none–and we are proud to have her as our Republican nominee for supervisor. It’s a testament to the values we hold as a party. That we support the best candidate for the job, no matter their background. We’re people, not partisan.”

DeSena, 52, was born in the Bronx and grew up in Massapequa. She would meet her husband, Ralph, at Boston College and would go on to St. John’s to get her law degree. She worked for Mound, Cotton and Wollan before going to the Securities and Exchange Commission (SEC). She is currently the Executive Director of Manhasset CASA (Community Coalition Against Substance Abuse), on the boards of North Strathmore Vanderbilt Civic Association and Manhasset Women’s Coalition, and President of St. Vincent de Paul Society.

“Someone approached me and thought that this would, might be something I’m ready for after the other community service I’ve done,” DeSena said. “I know a lot of people and people trust me because I’m not a politician. I’ve just been working with them, working as a volunteer to get things done. Somebody suggested that this might be the right time for me to take a step and ask me if I would consider politics. After all the trouble our country went through in January, I felt like it was important for people who are uniters to step up. I think it’s important for a moderate to serve.”

DeSena’s involvement in CASA has led her to be outspoken on the subject of marijuana in the community, specifically with young people. While the state looks to gain revenue from potentially legalizing the drug, DeSena would like to educate her community about it.

“I would hope that the law, the legislation would allow opt-out,” DeSena said. “If it doesn’t, then we are faced with a huge need to educate the community. That would be I think that’s going to be very important for all leaders, for the leaders in the school and the community and local government that marijuana is not safe. It’s not the same as what people had 20, 30 years ago and that is especially dangerous for young people. States that legalized marijuana have not seen a decrease in arrest or incarceration of minorities. It’s just false. They have not seen the revenue that was promised, this is not a money maker. Their hospitals have tremendous burdens. The costs are going to come back to the County in the form of medical costs. I think there should be further studies and a lot of experts say it should be removed from schedule one so that it can be so that it can be studied because it’s very hard to do the studies, but that is a that is a far cry from commercializing marijuana.”

If in office, DeSena says she would look to collaborate with local health partners like Northwell Health to provide more counseling and provide the community with a better understanding of mental health. Treating mental health similar to physical health is something she strongly believes in.

When we’re in a post-pandemic world, DeSena believes there will be a huge need for mental health services.

“Everything I’ve learned from the experts I have met through CASA, I want to bring with me to the greater community and that the experts are warning we’re going to be in a mental health crisis way after the end of the COVID pandemic and it’s important for everyone to talk about this and to find solutions,” DeSena said.

DeSena would like to improve the Town of North Hempstead Building Department, as businesses sometimes have to wait a year or two to get answers. In a time of crisis for small businesses, she wants to see quicker solutions to the problems at hand.

“People need better accessibility; they need answers quickly,” Desena said. “The building department should not be getting in the way of a store that wants to open. For these store owners who are struggling, there’s an urgency.”

Democrats could be in full control of the Town of North Hempstead, as the only Republican, councilmember Angelo Ferraro is retiring. DeSena and her fellow Republican candidates have the opportunity to at least keep a minority power in the town government.

But there is also the chance that Democrats sweep the election.

“I think it reduces transparency,” DeSena said. “I think there could be less discussion of different ideas and I think it’s something everyone should be worried about. I want to listen, I want there to be balance. I’ve worked with many different types of people and experts to get things done for our community. This is an important time to hear new ideas and look for new solutions, especially for our small businesses.”