The Great Neck Chinese Association set up a booth in the middle of Kensington Park on Saturday, Aug. 18, offering local residents the opportunity to either enroll as a new voter, change party affiliations or both, as this year’s deadline to register as a voter in local elections quickly approaches.

For those interested in either acquiring or switching party affiliations, New York laws prevent non-party registered voters from participating in political-party primaries. Only registered Republicans and Democrats can partake in the state primary elections for the party in which they are registered.

Others may be recently naturalized American citizens who are eager to have their voice heard in American-representative democracy. In the spirit of partaking in the American democratic process, many current and aspiring voters seek to get their registration paperwork finished in time for them to take part in the electoral process.

Historically speaking, the electoral participation of the Asian-American demographic has been low, as the result of myriad factors, ranging from the language barrier to lack of reliable information on voting guidelines. In the past few years, however, political involvement of Chinese Americans, and Asian Americans as a whole, seems to be growing year after year, with the process of mainstream acceptance of the unique Asian identity showing encouraging results. 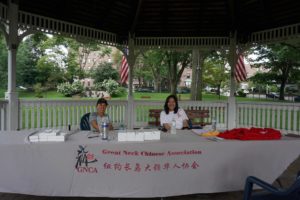 For the Chinese-American community in Great Neck, the growing influx of American citizenship among the immigrant population and the rising interest in the American electoral process has had the impact of increased voter tallies.

Particularly starting from the 2016 presidential election, the shifting demographic trends in America have made the vote of more non-white minorities count for a larger proportion of the electorate than ever before, with the growth of the Asian-American population notable.

Contrary to the opinion of voters who only participate in presidential elections, the midterm elections that mostly occur on a two-year basis, with certain special elections falling on other years as the result of unique circumstances, are just as important.

Although presidential elections capture the majority of media attention and interest of the voter population, the elections held every two years for the House of Representatives, Senate, state offices and local-level positions directly impact voters’ lives and local communities.

Due to the relative lack of publicity in the years between the presidential campaign seasons, voter turnout for midterm elections in comparison to presidential ones is typically much lower.

Things have changed, however, in the wake of the 2016 presidential election. In the current political atmosphere, a newfound sense of political awareness and an interest in more actively partaking in the electoral process has spurred in the past few years, and voters realize how important it is to have their voices heard at the municipal level.

As with all changes, many begin at the grassroots level, starting from promoting more local awareness of the importance for American citizens to exercise their civic duty in voting. With the 2018 midterm elections approaching, the number of voters seeking to get their registration paperwork finished seems to be increasing as Nov. 6 nears.

To register to vote, visit www.ny.gov/services/register-vote.