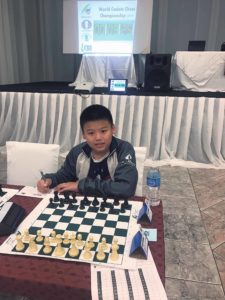 Held annually since 1987, the World Cadets Chess Championship is one of the most prestigious competitions for players younger than 12. More than 500 top competitors from more than 40 countries around the world converged in Poços de Caldas–Minas Gerais, Brazil, between Aug. 21 and 31 for the matches organized by the World Chess Federation (FIDE), Confederation of Chess for Americans (CCA) and Brazilian Chess Confederation (CBX). 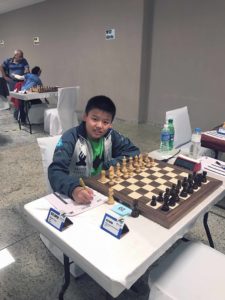 Tsay began as the number 16 seed, but defeated the top three seeded players from Russia
and Eastern Europe to secure a gold medal for the United States after 11 rounds of competition.

The Buckley Country Day School student has only been playing chess for a little more than three years, since he was 9 years old. In March, he won second place in the Junior High Championship at the New York State Scholastic Championship, and was subsequently awarded as The United States Chess Federation (USCF) National Master.

“He is one of the few players who has reached this honor within such a short span of time playing the game,” said his mother, Bella Liu. 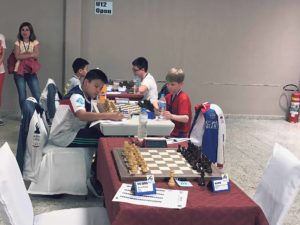 “I started loving chess the moment I touched the chess piece,” Tsay explained.

Liu recognized her son’s passion and immediately started taking him to tournaments across the United States as he continued to improve.

The chess champion credits his coaches and parents, especially his mother who accompanies him to his tournaments, for their continuous support and inspiration. 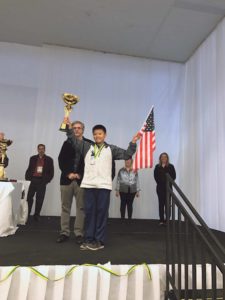 Chess has become a huge part of Tsay’s life and his current goal is to become grand master in a few years. Ultimately, he dreams of winning the Chess World Cup or World Championship Match when he gets older and has a great piece of advice for younger players.

“You don’t need to worry about the result during a chess game,” he advises. “All you need to do is play a good game and the result will follow.” 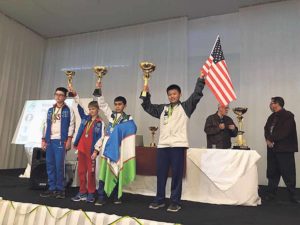 In addition to being a chess prodigy, Tsay wants to become a physician one day, so he can help people in pain.

His favorite subjects in school are math and Spanish. He said that his teachers and friends at school have been very supportive of his journey. They are all so proud of him; the principal even announced the news of his big win over the loudspeaker. 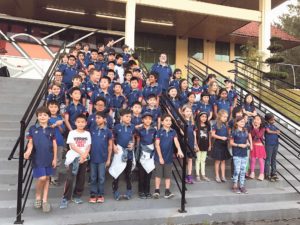 When not playing chess, Tsay also loves playing piano as well as many sports, such as basketball. He is a talented young man with a bright future ahead of him, in the chess world and in life.

We can all by inspired by his mantra, “Hard work always pays off.”