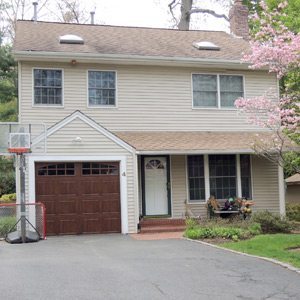 The house at 4 Park Place in the Village of Great Neck will soon sport a new number, 8 Park Place. Claiming that his out-of-order number is potentially a serious problem, resident Robert Silverstein once again approached the Old Village board of trustees, requesting the change. This time the answer was “yes.” Four Park Place will now become 8 Park Place.

At the Old Village’s May 6 meeting, Silverstein came before the board claiming that the number 4 was out-of-order on the street and the properly sequenced number 8 would be a more logical choice. In addition to sequencing, Silverstein cited the other reasons as difficulty in finding the house in an emergency situation, mail and delivery issues and visitors having difficulty locating the house.

Silverstein had come before the board in February 2013, saying that he wanted to sell the house, but had trouble with a sale since “prospective Chinese buyers would shun the house” since the number 4 was unlucky. At the time he had said that many Chinese families seeking to move to Great Neck would not consider his house since a lot of Chinese families would not purchase a house with the number 4 as “4 means death.” In some dialects, number four sounds like the world for death.

When Silverstein brought the issue before the board last year, he was turned down. At that time, Mayor Ralph Kreitzman said he could not support the address change, as he did not want to set a precedent. Silverstein then asked that the board reconsider the same request the following month, March 2013, but the board declined to address the issue again.

For the meeting last week, no mention was made of the former request to change the address to accommodate the recent upswing in Chinese families seeking homes in Great Neck. The sole request for an address change focused only on the inconvenience and possible safety issues related to an out-of-order house address.