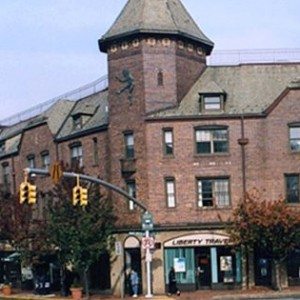 With a serious and dedicated mission to improve the business community and revitalize she shopping districts, Great Neck Chamber of Commerce Third Vice President Scott Zimmerman told assembled local officials that the Chamber of Commerce has embarked on a new campaign to boost business.

As they celebrate their 100th anniversary, the first step is to plan for new banners that will announce the business districts, flying high from Lake Success to Kings Point.

Zimmerman explained this new“Project Unity” to members of the Great Neck Village Officials Association last Wednesday evening, March 25. Zimmerman said that community’s economic growth is paramount. “We have a strong commitment to the business community…we want to unify the community,” Zimmerman stated.

Zimmerman also noted that new flags, high on poles throughout the peninsula, will also help residents and visitors understand where each village begins and ends. He said that, eventually, the Chamber will also approach the Town of North Hempstead, seeking their support for areas within the town but not in incorporated villages. “We are the Chamber of Commerce for all of Great Neck,” he reiterated.

At this point, the flags are anticipated to be approximately 30 inches by 60 inches. There is as yet no definite plan for the two-color format, although there is a possibility of a suggested changing seasonal color scheme to eventually come into play.

Once the project receives community approval and the support of the villages, program participation will be offered to all local businesses. Flags will be placed near all participating businesses. The Chamber of Commerce will contribute to the initial cost and will then maintain and replace the flags.