The community is invited to the grand reopening celebration of the newly renovated Great Neck Library Main Building on Sunday, Oct. 30, from 2 to 4 p.m., preceded by a ribbon cutting at 1:30 p.m. at 159 Bayview Ave.

Celebrate the library’s next chapter while enjoying an afternoon of free festivities. Tour the beautiful new building and enjoy giveaways, children’s entertainment and musical performances by Levels teens and Great Neck South High School students. Interact with online magazines, learn about the library’s databases from the reference librarians and watch a ventriloquist. 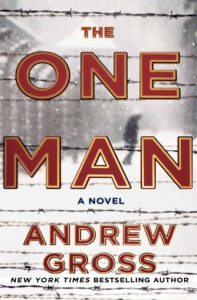 Best-selling author Andrew Gross, who has written 14 New York Times best sellers, five with James Patterson and nine on his own, will make a special appearance. He writes thrillers, mostly about regular people, who through a misstep or fate find themselves over their heads in something sinister. His latest novel, The One Man, a World War II thriller drawn from his family history, is a complete departure for Gross. Released in August, The One Man captures the lingering horrors of World War II and its long-lasting residual effects on not only the victims of Nazi soldiers, but their families as well. The book focuses mostly on people, rather than the crimes committed by the Nazis, but does illustrate how the Nazis exterminated some of the greatest minds the world will ever see. Gross will talk about and sign copies of the book, which will be available for purchase at the event.

Find out about the new library hours starting Oct. 31 here.