Catherine Schreiber has been selected as the 2017 Broadway Global Producer of the Year.

The former Great Neck North salutatorian is the first woman ever honored solo as Producer of the Year and was chosen unanimously by the Broadway Global Board of Directors. Recent winners have included Cathy Rigby McCoy and Tom McCoy (Peter Pan, Dreamgirls and Hunchback, 2016), Michael A. Alden (On the Town, 2015), Tom Kirdahy (Mothers and Sons and It’s Only a Play, 2014), Dale Badway (Pippin, 2013) and Jordan Scott Gilbert (Ghost, 2012).

Broadway Global honors investors in live stage works who inspire and teach respect for cultures, embrace diversity and educate on issues in our global society.

“One hundred years from now, when global citizens look back at the live stage works created, we expect that our Broadway Global winners will be looked upon as global leaders on and off the stage,” noted a Broadway Global representative. “Broadway Global Producers of the Year winners must 1) be accessible on social media and leave a legacy for live stage works for the Broadway brand that inspires respect, 2) embrace diversity and bring nations together and 3) give back to not-for-profits that make our global society a better world for all, sharing their time and efforts in charity work.”

Each winner is presented with the Producer’s Puzzle, an original work of art created by artist Steve Marshall, who is also an internationally acclaimed American magician living in Japan. Marshall donates the commissions of his works to The Smile Train, an international children’s charity that provides free cleft palate repair surgery and care to children in more than 85 developing nations.

Schreiber, who grew up in Great Neck Estates and attended Saddle Rock Elementary School before graduating from North High where she studied acting and starred in school plays, is a Tony-winning, Olivier-nominated international producer with shows currently in London’s West End and on Broadway, as well as on national tours in both the U.S. and the U.K.

In just three years and after being a producer on seven other shows, she went on to bring the 12-time Tony-nominated Kander and Ebb musical The Scottsboro Boys to London, which is her proudest moment as a producer. The play won The London Critics’ Circle Award, The Evening Standard Award and was nominated for seven Olivier Awards, including Best New Musical.

Schreiber started her rise as a producer in 2010 with her first Broadway show, Next Fall. A Tony winner for Clybourne Park, Schreiber has been nominated for five Tonys including for Next Fall, Peter and the Starcatcher, The Scottsboro Boys and Fiddler on the Roof.

“Passion. That’s what it takes to be a great producer,” said Tony and Olivier-nominated Scottsboro Boys author David Thompson. “Passion for the art. Passion to share that art with the most people possible. And that’s exactly what Catherine Schreiber has. What’s more, she has imagination. She is always thinking about how to make something happen. How to bring people together, share ideas and share her passion. Catherine is unstoppable.”

Olivier- and Tony-nominated Scottsboro Boys, film and TV star Colman Domingo concurred, “Catherine Schreiber is the most passionate, thoughtful and generous producer in the business. Broadway needs more of her.”

Schreiber, who began her career as an actress and a writer in New York and Los Angeles, said, “I believe being an actress and writer has helped me to be a more understanding, knowledgeable and sensitive producer.”

She is married to Latham and Watkins senior partner Miles N. Ruthberg, with whom she has two children, Stephanie and Jeremy, who are both in medical school.

Of her own beginnings, Schreiber explained, “After college, I worked Off Broadway as an actress. Then I moved to LA after touring in Sly Fox with Jackie Gleason, and raised my kids there. I acted, wrote for TV and films, and started producing. My husband and I returned to New York full time in 2012, and now I have an active Broadway and London producing career. It’s been an exciting ride.”

For information on Broadway Global Producer of the Year, visit www.broadwayglobal.org or www.theatrechat.net. Learn more about this year’s winner at www.catherineschreibeproductions.com or contact her at catherine@cschreiberproductions.com. 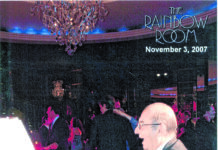 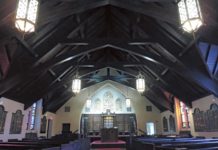