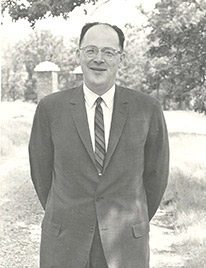 Burton Sloane died peacefully Jan. 4, 2014 after a brief illness. He was 92 years old and lived in Great Neck since 1952. He was predeceased by his wife of 67 years, Charlotte, and is survived by his sons Gary (Barbara) and Steve (Melanie), daughter Louise (Don), and grandchildren Sam, Molly, Heidi and Hannah.

Born Aug. 16, 1921 in Brooklyn, he worked as a business reporter for The New York Times before and after his induction into the Army Air Corps, where he served with distinction as a B24 navigator. While posted at Yale, he was tapped by General William C. Donovan to join an elite intelligence unit, in which he served until the end of World War II. His last official rank was Lt. Colonel.

A graduate of Brooklyn College and NYU, he had a long career as a manufacturer’s agent and taught business courses at Queens College. Known among friends and family for his unfailing wit and generosity, he also worked as a Hospice volunteer after his retirement. Burt was a proud Bialystoker who lived his life, in his own words, “in a comfortable glow of self-appreciation.”

Donations can be made in Burt Sloane’s memory to: Hospice Care Network, 99 Sunnyside Blvd., Woodbury, NY 11797.