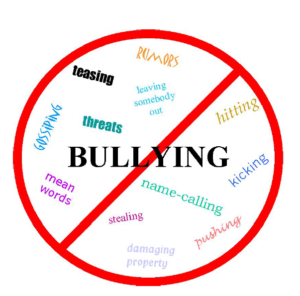 It’s one of those problems that you hear about all the time: “Bullying: the nationwide catastrophe. We have to stop it.”

You hear about it wherever you go, without even thinking about it. You probably even pass it by, in one ear and out the other, without even giving it more thought.

Yet, it’s such a huge problem—and it’s not going away any time soon. It’s a problem that’s all over school campuses.

According to PACER’S National Bullying Prevention Center, more than one in five students report being bullied.

Of course, this problem is definitely more prevalent than one out of five—most victims of bullying don’t even report it, and that’s a serious problem if we want to solve the problem.

And, school grounds are not even the only place where bullying is common; take one of the most popular sports organizations in the United States, the NFL. In 2013, ex-Dolphins offensive lineman Richie Incognito was at the center of a major bullying scandal involving him and his former teammate and ex-NFL player Jonathan Martin.

Notice how Martin is an ex-NFL player. This was directly because of how Incognito treated him. Martin and his agents gave audio recordings to the NFL, which had Incognito hurling racist expletives and death threats to Martin.

Unfortunately, even though people recognize bullying as a huge problem, they sometimes can’t stop themselves from joining in. Going back to the NFL scandal, a group of teammates of Martin “jokingly” got up from a cafeteria when he sat down. All of these incidents led to him taking a leave of absence.

Just like we look up to athletes as role models for when we are supposed to call the difference between right and wrong, let’s use Richie Incognito and Jonathan Martin to make the right decision and solve a serious problem. Let’s not make the same mistake and let’s put an end to bullying. After all, it’s 2018.

Ali Fazal is a student at Great Neck South High School who sees bullying day in and day out and wrote about it to bring awareness.