Recent headlines have brought attention to the pervasive sexual harassment and abuse of women in major industries and businesses across America. The hashtag MeToo has become a sign of the near ubiquity of inappropriate behavior by the powerful few (mostly men) against victims in subordinate positions.

These serial perpetrators include famous actors, television anchors and even our country’s leaders serving in Congress and elsewhere in Washington, DC. As a society, we recognize that unwanted physical and sexual contact is illegal and must be penalized. The aftermath is marked by shame, humiliation, interrupted careers and soul-crushing damage to the victim’s personal dignity. 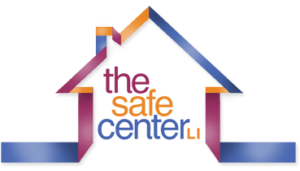 Recently, actress Angelina Jolie, herself a victim of sexual harassment, said, “Sexual violence is everywhere—in the industry where I work, in business, in universities, in politics, in the military and across the world. All too often, these kinds of crimes against women are laughed off, depicted as a minor offense by someone who cannot control themselves, as an illness or as some kind of exaggerated sexual need. But a man who mistreats women is not oversexed. He is abusive.”

Jolie added that sexual violence is an obstacle to women’s equality and civil rights across the globe. In many countries, sexual violence and control of women is used as a weapon of war.

Of course, harassment and assault are just as commonplace in ordinary households and communities right here on Long Island. Family violence occurs across racial, religious, cultural, generational and socioeconomic lines. Victims include people who identify as men, women and LGBTQIA.

Abuse frequently occurs in dating relationships among teenagers. Perhaps the most vulnerable victims are children who are psychologically damaged by witnessing abuse even when they are not directly assaulted.

Thankfully, the tide is turning. The recent zeitgeist has led to more support of victims and willingness to believe their allegations, coupled by technology that makes gathering evidence against the perpetrators easier than ever before.

What this translates to is heightened awareness of the issue of family violence in ordinary households, and a deeper understanding of how abuse can cause lasting emotional and psychological trauma to victims and children in the household.

Family violence encompasses child abuse and neglect, sexual assault and intimate-partner abuse, both emotional and physical. Domestic violence is one of the most serious crimes in America today, occurring in 20 to 25 percent of all households. This is the same rate for Jewish households, too. But like all abuse, the reality is hidden from view due to shame and stigma.

Mindy Perlmutter, director of the Jewish Community Relations Council of Long Island (JCRC-LI), which connects communities and builds relationships among them, recognized the need to better serve Jewish victims of abuse.

“Domestic abuse is one of the most serious crimes in America today,” noted Perlmutter. “However, there is a myth that it does not happen in Jewish households. Unfortunately, this myth is so pervasive that when it does happen to a Jewish victim, they often do not know what to do or where to turn for help. This is why I am so proud of the collaboration amongst The Safe Center, the Gural Jewish Community Center and Jewish Community Relations Council of Long Island. Together with the backing from UJA-Federation’s Hope Against Domestic Violence Committee, these groups will be working within the Jewish community to provide education, counseling and legal assistance to victims of domestic abuse. In the words of UJA’s slogan, ‘We Are Good Together’ and, in turn, the Hope Committee initiative will save lives.”

Over the years, UJA’s Hope Against Domestic Violence Committee has organized a series of events to raise awareness and funds for the issue of family violence. Earlier this year, the committee hosted a book signing by Regina Calcaterra, author of the best-selling memoir Etched in Sand. To a packed audience at Bar Frites in Wheatley Plaza, Calcaterra shared her personal story of family violence and homelessness. Her words emphasized the messages of perseverance, resilience and how we all can positively impact the lives of children in need.

Recently, as a member of the UJA Hope Against Domestic Violence Committee, I had the opportunity to contribute to a successful collaboration between several organizations that serve disadvantaged communities on Long Island.

The growing committee has been led by Suzanne Cohen Gould and Andi Black for several years, and is comprised of approximately 20 Long Island women, mostly from the North Shore. With the guidance of Jodi Faden and Sherri Candel of UJA, the committee set a goal to raise substantial funds to serve Jewish victims at the existing Safe Center LI in Bethpage as well as for a second Safe Center satellite to be located at the Gural Jewish Community Center (JCC) in Cedarhurst.

The new JCC will provide space for an on-site therapist and other needed resources for victims. The expectation is that a location in the Five Towns will offer added support and services to Jewish victims who reside on the South Shore. The money raised will focus on two critical elements for reducing abuse and family violence: prevention and intervention.

Earlier this year, members of the committee spent many hours at The Safe Center LI in Bethpage, which included a tour of the facility, where they learned about the plethora of services available to victims and children. The Safe Center maintains a free and confidential 24/7 support hotline for victims of rape and sexual assault in Nassau County at 516-542-0404. Hotline counselors have received special training in domestic/dating abuse, rape and sexual assault, as well as crisis intervention. Its educators conduct significant outreach in schools, colleges and the community, and began a series of regular training of the cadets at the U.S. Merchant Marine Academy in Kings Point this past year.

After an on-site visit of The Safe Center, Hope Against Domestic Violence committee member Bari David was inspired to take the training to become a SAFER advocate. Upon completing the necessary training, she will be certified as a rape-crisis counselor and will be on call to counsel victims at area hospitals. Other members of the Hope committee have also expressed an interest in the training and becoming more involved with victim services.

Rock Out Against Domestic Violence

The event attracted a large crowd and numerous sponsors who pledged generously. Unlike other typical fundraisers, the event had an informal concert vibe, with the classic rock band Wonderous Stories providing entertainment. Throughout the evening, most of the guests enjoyed dancing, along with the excellent food and sushi by Foremost Caterers. Speeches were kept to a minimum. Attendees had the opportunity to make live pledges via text message, and funds were raised through luxurious super raffles, including trips, diamond jewelry and designer accessories.

“The evening was a wonderful success with hundreds coming out to support UJA-Federation’s Hope Against Domestic Violence event,” said cochair Black. “The topic of domestic violence is often taboo, but I’m proud to be opening up the conversation around this subject and raising money for this very important cause.”

Walk in Her Shoes

The event also featured a compelling exhibit called In Her Shoes from The Safe Center, which was creatively displayed on lit pedestals by Bonnie Greenfield, one of the dedicated committee members.

Guests read stories of 10 victims who were helped at the agency. The exhibit encouraged attendees to not only discuss the difficult subject of family violence, but to “walk in the shoes” of the victims which were on display. This made the issue of victimization more real. As the saying goes, “you can’t really understand another person’s experience until you’ve walked a mile in their shoes.”

During the program, a brief but remarkable video was shown in which four male and female victims spoke about the painful abuse they endured and the lifesaving assistance they received from The Safe Center. The clear message was hope and healing after trauma. The Safe Center’s video, Restoring Hope produced by Silver Arc Productions, can be viewed by searching “Restoring Hope: In Their Words” at www.youtube.com.

Cochair Cohen Gould said, “I’m proud to work with UJA-Federation to raise funds for victims of domestic violence. The money will help create two UJA Hope Centers that will provide education, outreach and prevention to victims of domestic violence and their families. Our committee plans on doing more shopping events to raise money, education and public awareness throughout the year.”

Kings Point resident Jacqueline Harounian is a regular contributor to the Great Neck Record. She is on the Advisory Board of the JCRC-LI and a member of the Hope Against Domestic Violence Committee of UJA.

Read her article on preventing sexual harassment in next week’s issue of the Great Neck Record.