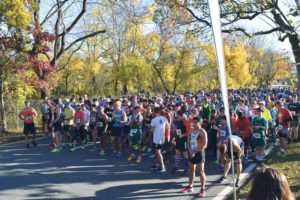 Proceeds benefited Eden II Programs’ Genesis School, which provides a number of Long Island programs and services for children and adults with autism. “We are extremely proud of our Genesis families, staff, friends and committee members who raised more than $55,000 on CrowdRise,” said the foundation spokesperson.

The first Blazing Trails run was started in 2008 by Robyn Schneider, a Genesis founding parent and mother of Alex and Jamie, twin boys diagnosed with severe autism. The mom is the author of Silent Running—Our Family’s Journey to the Finish Line with Autism, which shares the story of  the boys’ love for running. Though both are nonverbal, their love of running is clear whenever their feet hit the pavement. 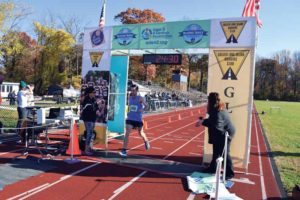 Alex is determined and fast. His personal record for a marathon is 2:56:20. Jamie enjoys the social aspect and running with his iPod. When you see the boys compete, you can see their passion for running. They have gone on to compete in 24 marathons and more than 300 races collectively. The twins laced up their running shoes again for this year’s Blazing Trails event, and when running in a race, they are no longer defined by autism—they are simply runners, alongside their peers.

“Seeing Alex and Jamie run is a testament to how wonderful events like Blazing Trails are,” said Eden II’s Executive Director, Dr. Joanne Gerenser. “It was a fun day for everyone, we are really grateful to have so many come out and raise autism awareness and funds.” 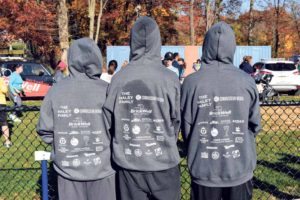 Medals were presented to the overall male and female winners, along with age category winners. Blazing Trails presented lots of fantastic prizes, and one lucky winner walked away with the grand prize, a Road Bike with accessories donated by Brickwell Cycling and Multisports.

Read more about other winners in an upcoming issue of the Great Neck Record.