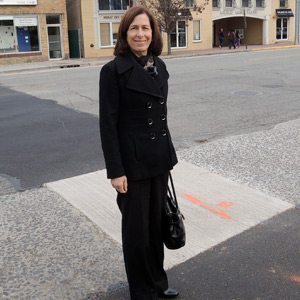 In spite of powerful calls for her to resign, at press time, Tuesday morning, May 20, Great Neck’s Nassau County Legislator Ellen Birnbaum vowed to retain her seat. Democrats have called for her resignation in response to “racially charged statements” Birnbaum allegedly made regarding the Town of North Hempstead’s Yes We Can Community Center in New Cassel.

Birnbaum is clear that while she “recognizes that remarks made regarding the Community Center ­— were insensitive and have been perceived to be intolerant,” she immediately apologized to the staff member who had overheard the comments. Birnbaum told the Great Neck Record that the remarks were made during a private discussion with two staff members regarding the underutilization and financial instability of the Center, facts which a daily newspaper had just made public. Birnbaum explained that she had spoken about the “apparent problem that town residents were not using the facility, which is a model community recreation center” and she was overheard by another staff member. She added that “there are now many different versions of the words that were said that day.”

“As an elected official, there can be no tolerance, no latitude for racially charged statements whether or not they truly reflect the opinion of the maker,” Jacobs said. “Elected officials must be held to a higher standard….and those who run and are elected under the Democratic banner must be held to the highest standard.” He asked for Birnbaum’s immediate resignation.

Jacobs added that while he does “take her at her word” that her remarks were a mistake and not reflective of her beliefs and values, “our greater responsibility is to ensure that intolerance of any kind is not tolerated anywhere.”

“She has made racially offensive remarks that make it inappropriate for her to continue as a member of the Nassau County Legislature,” Abrahams told the Record in a telephone conversation late on Friday.

He had already stripped Birnbaum of her committee assignments and informed her that she could no longer caucus with the Democrats. Additionally, she would only be permitted one of her two aides.

In a letter to Birnbaum, Abrahams stated: “I have made this decision due to your highly insensitive and inappropriate remarks which, in our opinion, by their mere utterance, indicate that you are neither welcome nor fit to be associated with the Democratic legislators of Nassau County who to a person have zero tolerance for any racially insensitive remarks about a specific community or individual.”

Birnbaum insists that “No matter what may be reported, I embrace and work hard for all of my constituents and residents of the county no matter what their ethnicity may be.”

Elected to a two-year term in November, Birnbaum firmly stated that she has “worked every day on behalf of the 10th District dealing with issues from potholes, road drainage, lighting, obtaining funds for school districts and fire departments, amongst other community concerns.” She tells of how she has “held many neighborhood meetings on topics ranging from obtaining tax assessment reductions, senior citizen services to veterans benefits.

Birnbaum told the Record that, so far, “a large number of my constituents have reached out to me and have urged me to stay in office.”

She insisted that she will “remain in office to continue to work diligently to serve my constituents and all Nassau county residents.”

On Monday, May 19, a Democratic rally calling for Birnbaum’s resignation took place at the Nassau County Executive and Legislative Building in Mineola.