An optimistic Mayor Ralph Kreitzman is looking toward October as a target date when the Village of Great Neck’s plan to revitalize the business district will be officially in place.
“It has taken a long time but I’m delighted that we’ve reached the stage that we’re at,” Kreitzman said after the latest public hearing regarding the proposed zoning changes, held at Village Hall last week. “It looks like we’re going to be able to come to a conclusion soon.”
“I’m very happy that the public has made numerous comments at the six or seven public hearings we’ve had,” he continued. “Community and developer input is critical and welcomed. I think we’re now finally getting close to concluding this. We’ll hopefully be able to act in our first meeting in October.” 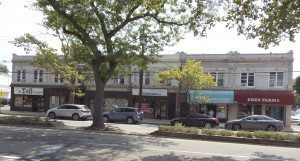 Still to come is another public hearing on Tuesday evening, Aug. 19 on the plan, which involves making zoning changes to the business district on Middle Neck Road to create a new multi-family district on that street and a new townhome district on Steamboat Road. All of the provisions of the five actual bills up for approval, which cover everything from allowable business types, building heights and to parking spaces per residence, are directly aimed at making the village more “walkable,” i.e. increasing the number of residences that are within easy walking distance of businesses and stores
Kreitzman anticipates that a vote will be taken at the upcoming meeting to approve the mandated Environmental Assessment Form that has been prepared by the Village’s consultant, VHB Engineering. VHB’s Dave Schiff and his traffic specialist, Robert Eschbacher, were present at last week’s meeting to explain and interpret the report. “They’ve carefully studied everything,” Kreitzman said of VHB’s report. “They’ve come up with basically ‘no impact’ on traffic congestion and other matters.”
The extensive document, part of the required State Environmental Quality Review (SEQR), covers over 40 pages and is viewable online at www.greatneckvillage.org under “Steamboat Road and Middle Neck Road Rezoning.” The report assesses a wide variety of possible impacts on the environment from water quality, to flooding possibilities, to air quality to how the project would affect local schools and transportation.
One section of the report states, in fact, “The project will not result in any large and important impact(s) and, therefore, is one which will not have a significant impact on the environment.” 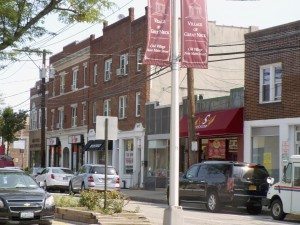 Once the Village officially adopts the report, the Nassau County Planning Commission has 30 days to consider the Village’s plans.
“They can make a number of decisions,” the Mayor explained in regard to Nassau’s role. “They can say that “we have no comment’ and that leaves it up to the municipality, they can make comments or they can vote against it. The board can still adopt it provided it’s done with super majority (four out of five votes). The bills themselves can’t be voted on until we hear back from the Commission.”
Public comments about the plan at last week’s meeting included one from builder and Great Neck Chamber of Commerce President Hooshang Nematzadeh who felt that the number of allowable townhomes per acre (15) should be increased to 17 or 18.
“We can still make changes,” Kreitzman commented in considering what Nematzadeh and others said at the meeting. “All of the comments were good. The comments were good because we need this kind input to consider all things.”
“You want to get this done,” he said of the process that began four years ago, ”but you don’t want to do it until you consider all of the input and all of the relevant factors. The bills before us are the results of all of the meetings and all of the comments.”
“We want to preserve the predominantly single family home nature of the village,” the Mayor added. “I don’t believe that any of these bills will change the nature of the village. We want to preserve the historic nature of the old village and to revitalize our downtown by condensing it and having more residential housing.”