Great Neck resident and avid bicyclist David Schlichting was killed by the driver of a van while riding his bicycle in Lake Success on Sunday, March 17, according to the Nassau County Police Department Homicide Squad. He was 66.

According to detectives, Schlichting was riding his bicycle east on the Long Island Expressway south service road between exits 33 and 34, near Great Neck South High School, when he was struck by the driver of an older model minivan, who did not stop to provide identification.

Though Schlichting was wearing a helmet, he was thrown off the bicycle and struck his head, which caused severe head trauma. Nassau County and Lake Success police responded and transported him by Nassau County Police Ambulance to a nearby hospital for treatment. A short time later, he was pronounced dead by hospital staff.

“Dave was a longtime and much-loved part of our extended Bike New York family,” said Len Diamond, board chair of Bike New York, a nonprofit that teaches safe bicycling and advocates for safe cycling conditions. “We’re outraged a driver could recklessly run him down and be so cowardly as to flee afterward. We urge Nassau County authorities to stay on the case and ensure the driver is caught.”

Schlichting was involved in producing the Five Boro Bike Tour, America’s largest and most famous gathering of bicyclists, from its inception in the 1970s, and was a leader in other notable New York region cycling events, such as the Montauk Century.

He stayed involved in the TD Five Boro Tour as a marshal captain through 2018 and was scheduled to take part again this May.

The cycling enthusiast commuted by bike to his airline job at Kennedy Airport for many years.

“Dave was one of the most disciplined bike riders we know,” said Bike New York President and CEO Ken Podziba. “His tragic death shows no matter how experienced and careful a bike rider is, cyclists in the New York area will continue to die and be hurt until governments at all levels take street and road safety seriously enough to build networks of protected bike lanes, design streets to operate at safe speeds and get problem drivers out from behind the wheel.”

The investigation is ongoing, and detectives request that anyone with information regarding the crime contact Nassau County Crime Stoppers at 800-244-TIPS. All callers will remain anonymous. 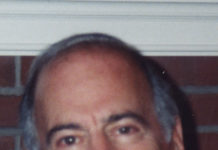