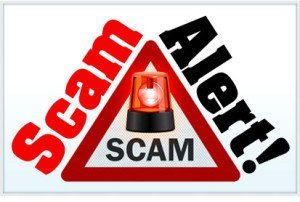 If you receive a telephone solicitation or email from people identifying themselves as employees of the Internal Revenue Service (IRS), be skeptical. County Executive Ed Mangano and acting Police Commissioner Thomas C. Krumpter are urging residents to verify the validity of these calls before providing personal information or funds.

According to Nassau County Police, scammers who claim to be federal employees are telling residents that they owe money for unpaid taxes. They are told that they can avoid arrest, foreclosure or suspension of services if they make payment. This should raise a giant red flag. The IRS does not request credit card numbers over the phone.

• Use fake names and IRS badge numbers, and use common names and surnames to identify themselves.

• Be able to recite the last four digits of a victim’s Social Security number.

• Spoof the IRS toll-free number on caller ID to appear as the IRS.

• Send fake IRS emails to victims to support their calls.

• Use background noise of other calls being conducted to mimic a call site.

• Threaten victims with jail time or driver’s license revocation, then hang up and have another person call back pretending to be from the local police or Department of Motor Vehicles—with phony caller ID to support their claim.

Residents should also be aware that there are other unrelated scams, such as a lottery sweepstakes, and solicitations, such as debt relief, that the department sees from time to time. These scams cost honest citizens thousands of unrecoverable dollars. So if something sounds too good—or too bad—to be true, be suspicious.