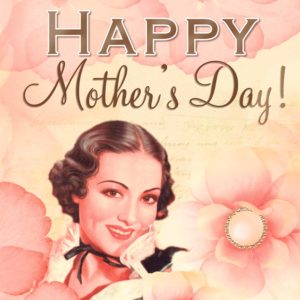 I wish I had watched more carefully as mom stood before the stove, hand on hip, casually flipping crepes in her old, beat-up pan. The small pan was unstable from longtime use, but the crepes kept coming anyway. She made them effortlessly, as she listened to the latest chapter of her favorite soap opera on the equally beaten-up radio. The results of these crepes were creamy, slightly sweet, cheese-filled blintzes. I bet she put a few drops of vanilla in the mix. The crepes were piled up on a piece of wax paper, reaching a pinnacle when the liquid mix was used up.

I’ve tried to duplicate this skillful act of dexterity—with no luck. Every pancake stuck and every one was too brown. She had the knack. I wanted to call Mom, but she was no longer available. Mom passed on years ago—her karma was floating in the atmosphere.

When I arrived home from school, I would look on the cupboard shelf in those days to see if she had baked an apple pie or her delicious chocolate sour-cream cake. My taste buds vibrate when I think of those treats. These were the great recipes that got away.

I think if I had asked her, she wouldn’t have been able to tell me exactly how she did it. Her instincts were right on; the cake and pie were always perfect. I think she used Crisco. Remember that white waxy-looking stuff in the can, which was the go-to ingredient for home bakers?

We had a small apartment in the Bronx. My mother was an amateur artist and a designer by profession. How she managed to paint her small masterpieces on the kitchen table was—and still is—a mystery to me. The smell of the turpentine was never apparent. She probably painted while we were all out of the house. This was another secret she never revealed. She was multitalented, though it was never acknowledged.

Her sewing machine was in a portable hooded wooden box with a floor pedal that was attached by a wire she pushed up and down with her foot. It was an old Singer, an antique now. What happened to that relic? I wish I knew where she hid it, so I can have it now. But, it’s too late.

At the same kitchen table, actually the only one available, she would sit reading books from the library. Flies and mosquitoes circled the light bulb in the sconce overhead. My father did not believe in screens; he thought they hampered the breezes coming in from outside.

Her shopping cart went back and forth, almost automatically, to the corner grocery store to buy provisions for our dinner every night. She didn’t drive. How did she carry all of those bundles into the house? How many times did she go back and forth to the stores? There was a small refrigerator in the kitchen with a tiny freezer that needed to be defrosted frequently. Mostly, it was caked with ice with hardly any room for freezing anything.

In those days, the house didn’t have a dishwasher, a storage pantry or a washing machine. She was the wizard of Gouverneur Avenue.

I never thought about all these chores she managed daily. It seemed effortless; I’m sure it wasn’t. I wish I could call her now and say, “Thank you and, by the way, how did you make your pot roast?” Most likely, she added a little of this and a little of that in her banged-up and dented pressure cooker, which no longer functioned as intended. It eventually became a cast-iron pot with the pressure valve removed. She was afraid the steam would explode and blow up the house.

I can still see her walking down the street on the way to the bus stop with her felt hat plopped on her head, wearing what we called her clod-hopper shoes, probably on her way to Jerome Avenue to buy her special cheese from Daitch Dairy, no doubt for making the filling for blintzes.

Here’s to you, Mrs. Siegel: Happy Mother’s Day, wherever you are. I hope you can hear me.