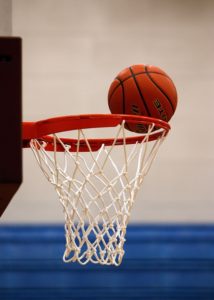 The Blazers are back in business.

The Great Neck North (GNN) Boys Varsity Basketball team hosted New Hyde Park to a supportive crowd of 250 fans on Tuesday, Jan. 8. Maybe it was pasta night at Gino’s, or maybe the incredible town fans decided to make a stand and motivate this team to its first conference win of the season. All-star alumni Sharif and Maz were present, as well.

The Blazers started down 13-1 in the first quarter, but quickly regrouped and were down 31-20 at the half. Coach Graham must have infused the team at halftime, for the second half was a tale of two different seasons.

The Blazers roared back to victory 57-56 in what was certainly the most exciting and best game of the season.

WM Kamali scored from every angle imaginable and gathered 5 rebounds.

Jackson (Ice) Cronin—cause he’s as cool as the other side of the pillow—distributed 7 assists, steadying the offensive attack.

The team will travel to first-place Elmont on Wednesday, Jan. 16, and is in the heart of the conference schedule.

• Congrats to Coby Kadouri who was moved up from JV to the varsity team.

• Luke Hakimian is another player to watch, averaging 15 points per game.

• In eighth grade, the young Blazers beat top-seeded Garden City in their last contest of the season. The twin towers of Luke Cronin and Dylan Moradof overpowered their opponents inside. Manash Harooni dominated and scored on a buzzer beater off his own steal.

• Blake Hakakian drilled a three pointer at the buzzer, leading his Great Neck Wolfpack fifth graders to a victory this week versus Westbury.

• The Great Neck CYO fifth-grade all-star girls are entering the playoffs in first place with a 10-1 record.