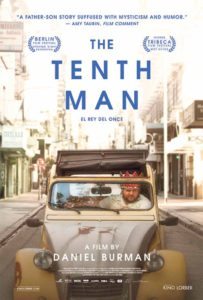 The Gold Coast International Film Festival will present a screening of the award-winning feature The Tenth Man on Wednesday, July 20, at 7:30 p.m. at , 115 Middle Neck Rd. in Great Neck.

Directed by award-winning director and New Argentina Cinema member Daniel Burman, The Tenth Man explores the struggle between a father’s religious duty and his relationship with his son in the bustling Jewish quarter of Buenos Aires. During the holiday of Purim, a son tries to reconnect with his charity-running, big-macher father, who has been absent during most of his formative years because of his obligation to be part of a minyan and fulfill the Jewish quorum of having 10 men present at all funerals in the close-knit community in which he lives. 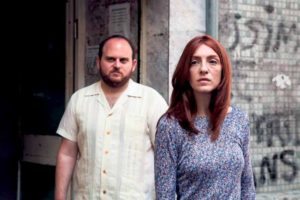 The 80-minute film is in Spanish with English subtitles, and was the official selection for both the 2016 Berlinale Film Festival (Panorama Special Opening Film) and the 2016 Tribeca Film Festival.