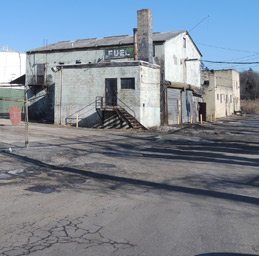 The proposal to develop a 191-unit luxury apartment complex, AvalonBay, for a waterfront piece of property on East Shore Road, has moved forward. This piece of property that lies between the Great Neck Water Pollution Control District’s sewer plant and the BMW auto repair facility. The new zoning, if adopted, would permit the AvalonBay development.

At the public hearing at the village’s Jan. 7 board of trustees meeting, three major steps were taken: the board declared itself lead agency, under SEQRA (the State Environmental Quality Review Act); the board issued a negative declaration (the board determined that there were no significant adverse environmental impacts associated with the project); and the board directed the village attorney to send the proposed law and other relevant materials to the Nassau County Planning Commission for review. (Within 30 days, the commission may take no action, approve the project, make recommendations or vote against the project). Should the commission vote against the project, the village board may then over-ride this response with a super-majority vote and the project would then be approved.

During the meeting, village attorney Steve Limmer explained that in addition to presentations by AvalonBay and public discussions (hearings), the village had also hired consultants, Saratoga Associates, to review the environmental aspects of the project. “The applicant provided the board with “a full environmental study,” Limmer said, and Saratoga reviewed it, requested additional information and made recommendations to the board.

Should the Avalon Bay development eventually receive all necessary approvals, this old, polluted site that now contains old, unused oil tanks and contaminated soil, would undergo a complete environmental clean-up; a clean-up mandated by the New York State Department of Conservation, bringing the property up to DEC standards required for residential development.

Village of Great Neck Mayor Ralph Kreitzman adjourned the public hearing to Tuesday evening, Feb. 4, at 7:45 p.m. at Village Hall. Kreitzman said that it is anticipated that the Nassau County Planning Commission will have acted on the proposed law at the commission’s Jan. 30 meeting.