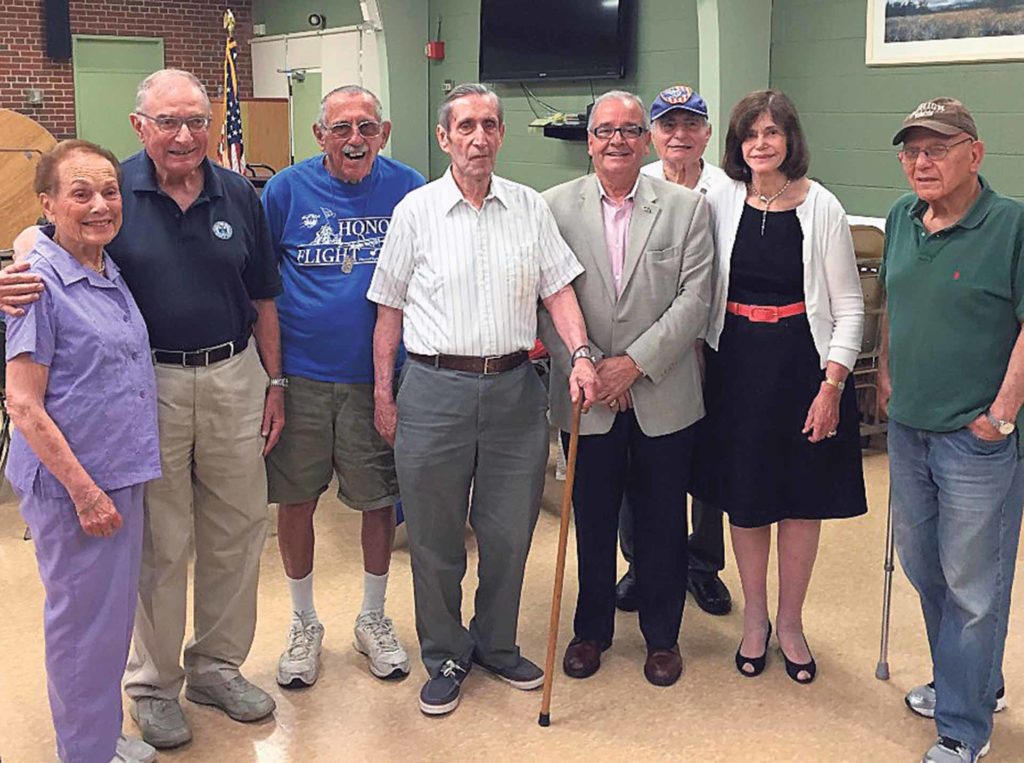 Assemblyman Anthony D’Urso addressed a crowd of veterans and their friends at the Great Neck Social Center to share his story of growing up in Italy during World War II. He spoke about the many hardships that he and his family faced while living in the mountains to avoid the Nazis, and also about the respect and gratitude that the Italians had for their American liberators, who he remembered arriving to greet the children with candy. His talk was especially poignant as many of those in the audience had served during World War II. From left: Lee Susswein, Joe Monteforte, Jake Cohen, Neil Slater, D’Urso, Herb Lechner, Town of North Hempstead Councilwoman Lee R. Seeman and Howie Begelman