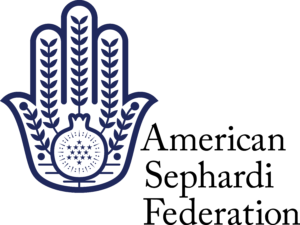 The American Sephardi Federation’s (ASF) 20th Anniversary Edition of the New York Sephardic Jewish Film Festival will celebrate Morocco’s culture of coexistence between Muslims and Jews on on Thursday, March 30. André Azoulay, counsellor to His Majesty Mohammed VI, King of Morocco, is to receive ASF’s Pomegranate Award for Lifetime Achievement in recognition of his remarkable life’s work bridging religious divides through artistic and other cultural endeavors.

In 1992, to revitalize the historical, cultural and spiritual legacy of his hometown, Counsellor Azoulay founded the Essaouira-Mogador Foundation. The Festival of the Andalousies Atlantiques, one of the foundation’s eight cultural festivals, is the only one in the world where the stages are exclusively dedicated to Muslim and Jewish musicians, singers and dancers. Counsellor Azoulay is a strong supporter of the Association Mimouna, a movement of young Moroccan Muslims who preserve and promote the Moroccan Jewish heritage as an essential part of their Moroccan identity.

“Morocco is a vibrant and welcoming country; an exception to the global trend of increasing intolerance,” said Jason Guberman-P., executive director of the ASF, who recently visited Morocco, Egypt, Israel and Cyprus as part of the Conference of Presidents of Major American Jewish Organizations’ Mission.

HM King Mohammed VI has restored 167 Jewish shrines and cemeteries, and Moroccans are proud of their effusive Jewish legacy. Indeed Morocco’s constitution celebrates its “one and indivisible national identity” defined by its Jewish, Arab, Amazigh and other elements.

“Counsellor Azoulay has made it his life’s mission to perpetuate this Moroccan ideal, which ‘values openness, moderation, tolerance and [the] dialog for mutual understanding between all the cultures and the civilizations of the world.’ In honoring Counsellor Azoulay, ASF hopes that others will emulate his enlightened example,” added Guberman.

On opening night, ASF will also be honoring filmmakers Zeva Oelbaum and Sabine Krayenbühl (Letter from Baghdad) with the Pomegranate Award for Directors, as well as Davina Pardo, who is receiving the new Rising Star Pomegranate Award dedicated in memory of the 2012 Pomegranate Award-winning Israeli-Moroccan Director Ronit Elkabetz.

“Opening night is a star-studded celebration of the spirit of inclusiveness that is the Sephardi world and which we represent throughout the festival in film,” said Artistic Director Sara Nodjoumi. “Only at the NY Sephardic Jewish Film Festival could such a diverse array of performers—Jews and Muslims, Moroccans, Israelis and Kuwaitis—come together in song.”

The Pomegranate Award is designed by renowned Baghdad-born artist and ASF board member Oded Halahmy, proprietor of the Pomegranate Gallery in Soho and Jaffa.

The festival will take place at the Center for Jewish History at 15 W. 16th St. The complete list of films and ticket information can be found at www.nysephardifilmfestival.org.