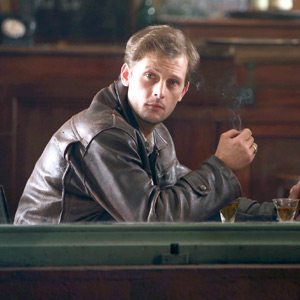 Snow may have stopped some winter activities, but not the Gold Coast Arts Center’s Furman Film Series. A hit of the New York Jewish Film Festival, For a Woman, scheduled as the last preview in the Winter Edition of the film series, was postponed due to the recent storm. It has been rescheduled for Thursday, Feb. 27, at Great Neck’s Bow Tie Squire Cinemas.

In the film, Anne, a writer in her mid-30s who knows practically nothing about her family’s past, discovers some old photos and letters that convince her to take a closer look at the life of her parents. The young couple met in a concentration camp during World War II, then moved to France to start a life together. As Anne closes in on the family secret, her destiny intertwines with her father’s past, “until they form a single, unforgettable story,” according to the Hollywood Reporter.

For a Woman has received critical acclaim at a number of film festivals, including the Brussels Film Festival and film festivals in Santa Barbara, Atlanta and San Diego. It is expected to be released later this year. The presentation in Great Neck will be followed by an audience discussion.
Non-film series subscribers can purchase tickets to the preview in advance, which include the audience discussion that follows, for $15, or $10 for students. All tickets are $20 at the door.

The spring edition of the Furman Film Series begins March 6 with the first of five previews, Touch of the Light, presented with the ReelAbilities Film Festival. It will be followed by Breathe In, a selection at the Sundance Film Festival, on March 20. Other showings are scheduled for April 3 and 24, and May 8.

Each of the films is followed by an audience discussion with someone who starred in the movie, was involved in its production, or is an expert on the topic being discussed.

Tickets to all films in the series are just $75, and $65 for senior citizens. Individual tickets to previews, which include the audience discussions that follow, are $15, and $10 for students, when purchased in advance. All tickets are $20 at the door. The Arts Center accepts all major credit cards, in addition to cash and checks.

For further information about the series and to purchase tickets, call The Arts Center at 829-2570 or visit their website, www.greatneckarts.org.