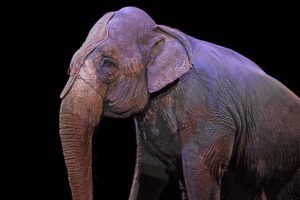 The closing of Ringling Bros. and Barnum and Bailey’s circus this year heralds a victory for animal activists and really anyone who prefers not to see bears ride bicycles, lions and tigers taunted with a whip and elephants forced into unnatural balancing acts.

Advertised almost sarcastically as the “greatest show on earth,” the circus displayed exotic animals under a tent in a show that was the antithesis of any natural habitat. Truthfully, it should have been relegated to the history books alongside the brutal spectacle of the Roman Colosseum.

The use of animals for our entertainment is a tough subject to tackle. On one hand, you have the easily abhorred circus, but on the other hand we have zoos that try to mimic organic environments and movies that delude audiences into believing that the animal in question is completely safe from abuse.

However, two incidents within the past couple of weeks should make us reexamine any display of an animal that is not a responsibly filmed nature program. Footage recently emerged of an animal handler forcing a German Shepard to perform a stunt while filming the upcoming movie A Dog’s Purpose, while a clip has made the rounds on Facebook of skeletal sun bears begging for food in an Indonesian zoo.

It’s easy to write off the Indonesian zoo incident as one that would only happen in a foreign country. Maybe that’s true for sun bears, but in 2015 the Bronx Zoo came under fire for keeping elephants in cramped conditions, cold weather and solitary habitats. As for the incident in A Dog’s Purpose, while both the director and producer have called for a full investigation, we should not dupe ourselves into buying into the old troupe “No animals were harmed in the making of this motion picture.”

Perhaps it’s time to come to terms with the fact that we should stop using animals for entertainment—unless it involves a harmless fetch session or Internet video of a cat playing the piano.