Andrea Bolender’s wrist says a lot. The bracelet on that wrist is powerful, a constant reminder of what her father went through 75 years ago.

Bolender’s father survived the Auschwitz death camp in Poland, where more than 1 million people were murdered by the Nazis. Fortunately, he moved to America and was able to start a family. But the ink the Nazis used to tattoo an identification number on his arm evidently caused a rare cancer. He was given a few months to live, yet he survived for six years.

The number that stained his skin and eventually killed him 20 years ago is what Bolender engraved on her bracelet, which she proudly wears in the halls of the Holocaust Memorial and Tolerance Center of Nassau County (HMTC). After 15 years of holding multiple board positions within the Glen Cove-based center, Bolender recently became the chair of the center, replacing longtime chair Steven Markowitz.

Now, more than ever, Holocaust education is needed in New York. Anti-Semitic hate crimes across the state reached a 40-year high in May, and more than half of all hate crimes in New York were physical and verbal attacks against Jews.

The same anti-Semitic tropes the Nazis used to change an entire society are ones being seen in the region, and Bolender is ready to educate people. The HMTC, throughout the coronavirus pandemic, is utilizing Zoom to teach school students, police officers and other groups about the Holocaust and other forms of hate. Bolender discussed why education is needed and how the HMTC is adjusting to a new normal.

Q. What does it mean to you to become the chair of the HMTC?
A: I’ve been here for 15 years, and this is a new role. I’ve spent half of my life in this building. This feels very comfortable because I’ve had so many different roles.

Q. What’s made you want to be involved in the center for so long?
A: I made my father a promise that, during his lifetime, it was his story. When he died, it was my story to tell. I’m a March of the Living board member and I’m on the leadership committee, so I’ve led groups to Poland since 2014. Holocaust remembrance shouldn’t be a competition. It has to be a collaboration. My biggest issue is I’ve come into a chairmanship looking at a future without survivors. We’ll have to teach without eyewitnesses, so March of the Living brings hundreds of thousands of eyewitnesses because, when you speak to an eyewitness, you become one.

Q. Anti-Semitism is on the rise and remote learning might change things. How are you adjusting to working with schools remotely?
A: March 15 is when things shut down and by March 16, we hit the ground running virtually. We’ve always done video conferencing, and our staff went right on Zoom. We continued our programs with schools and did virtual tours of the museum. It gave us an opportunity to reach people who wouldn’t normally come this far from other states. It’s an opportunity to go close up to the artifacts and zoom in on the anti-Semitic tropes and the history of it.

Q. With social justice causes on the rise, what lessons are there from the Holocaust and the years leading up to it?
A: We have the Upstanders program with the Friedlander organization. For evil to prosper, you just need good men to do nothing. The big part of the Holocaust was the bystanders. You walk around our museum and you’ll see very ordinary people did extraordinary things. If someone came up to your door and said, “Can you hide me? But if they find me, they’re going to kill you and your children.” We don’t know what our answer would be. They were righteous people. It’s happening here.

Q. How will you lead the center to work with the Glen Cove community and throughout all of Nassau County?
A: I’ve been a member of this community for many years, and what I think we need to do better is embrace the local community. When we were defaced, we realized later on the kids were from outside the community. One was from Franklin Square and one was from Elmont. People around here don’t want outsiders coming here and destroying their community. It’s important to embrace the community, and Glen Cove is very diverse. All of the different countries represented had a part, whether they saved Jews or the were rescuers. It’s like embracing your family. We have to embrace things with unity. We’re here to teach a lesson, but we’re also here because we want to make humanity better. 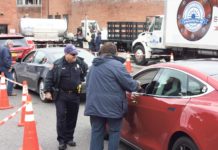 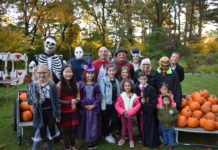