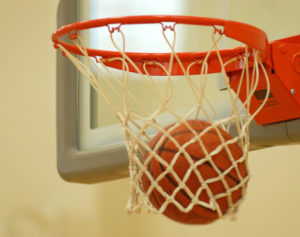 I’d like to point out that something we’ve all avoided to look at.

The Elmont Cardinals have always been a top high school program and have consistently dominated the conference for years. Jericho, Sewanhaka and Manhasset have had similar successes.

What may come as no surprise is the consistency of their more-than-competent coaching staff. All four schools have had the same coach for several years. All four coaches had been student athletes at the high school or college level and are known as mentors, who have built long-term relationships with their players.

After the 2016–17 season, the Great Neck North (GNN) administration decided to make a coaching change for unknown reasons. The decision backfired and the team underperformed, losing in the playoff play-in game. Some called last year’s team the most talented group in decades, and I agree.

Mike Holleran, the experienced 22-year veteran coach of GNN, went over to GNS to become an associate, and heir apparent, to Coach Lieberz. GNS was smart and swift enough to take advantage of retaining Holleran, whose unblemished record has always been intact.

To add more salt to the wound, sadly, admin made an about face 15 months post hire and after the third game this season, parting ways with Coach Pete Linderman.

This inconsistency is troublesome to players, especially at this level.

Fortunately, Coach Kevin Graham came in to save another botched administrative decision at GNN this season.

Youth basketball continues to be successful in Great Neck, as CYO and elite local travel teams have remained consistent with their leadership and flourish developing young talent.

The current lackluster performance of the North varsity Blazers must be tolerated under the helm of Coach Graham to right the ship for the future.

His basketball knowledge and ability to communicate and build relationships with players is paramount to becoming a successful longtime basketball coach. In addition, he has implemented a strength- and conditioning-development program which is vital toward success at any level.

Coach Graham has been distributing minutes to several underclassmen, thus building for the future. This is a direct contrast to last year. To the nay sayers who claim, “This year’s group just isn’t that talented,” I ask you, “Why?”

The answer: “Not one current varsity player logged more than eight minutes in any contest last year.”

These facts should be a wake-up call for decision makers looking to rock the boat again.

You cannot fall further than the floor. Once you realize that and pick yourself up, you will accomplish anything.

This team’s current record does not portray the incredible job that Coach Graham has done in building relationships with these young student athletes. Hopefully,  the administration will recognize this and continue to give this exemplary coach and teacher a chance to prove that he is capable of long-term success.