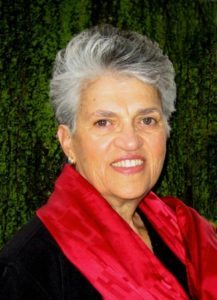 Amy Hagedorn, 79, whose generosity created the Hagedorn Foundation, passed away at her home on Sept. 8.

Amy dedicated her life and her wealth to helping others, with a special focus on improving the lives of children, families and immigrants. She was hands on in the work of her foundation and took enormous pride in the accomplishments of each of the grantee partners.

Since 1995, the fund that Horace and Amy Hagedorn started at the Long Island Community Foundation has given $65,403,917 in nearly 2,985 grants to more than 500 nonprofit organizations. The Hagedorn Foundation, which began in 2005 and is scheduled to spend down its assets next year, has given $49,438,800 in 689 grants to more than 175 nonprofits whose work directly benefits Long Island.

Amy was not born to wealth, but when it came her way through marriage to marketing genius Horace Hagedorn, she knew what to do with it: She chose to give it away through a foundation with a limited life span, making grants of meaningful size, to bring about real change on Long Island—change that she could witness in her lifetime.

Amy’s death, just short of her 80th birthday, is a source of immense sadness to her family, friends and colleagues at the foundation. Her life has been a source of inspiration given how many organizations and individuals her philanthropy has helped. Especially powerful is how she has shared her generosity through her grace, kindness and genuine interest in the issues she has supported.

Amy is survived by her four children and 10 grandchildren, as well as her six step-children, 24 grandchildren and 19 great grandchildren from Horace. The funeral will be private. A public memorial service is being planned. The family requests that in lieu of flowers, those who wish to express condolences make a contribution to the Horace and Amy Hagedorn Fund at the New York Community Trust.