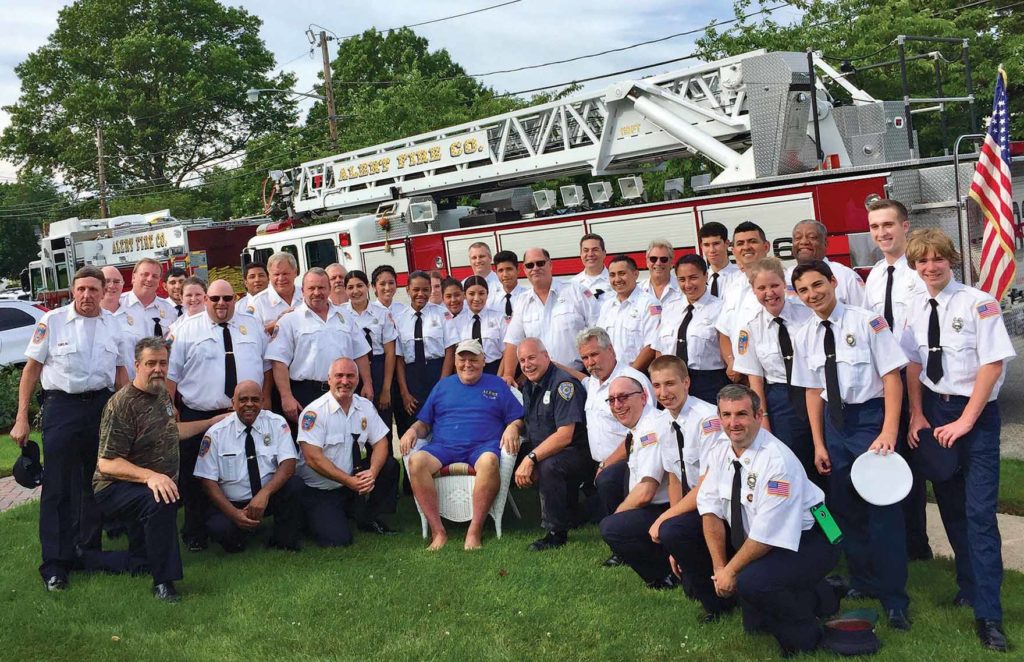 The Great Neck Alert Fire Company and the Alert Junior Firefighters attended the annual Nassau County Firemen’s Association Parade in Bethpage on Saturday, July 8. On the way to the parade, they made an important stop to honor their former fire company president, Peter Meade, who was recently awarded a certificate from the Fireman’s Association of the State of New York (FASNY) for achieving 50 years as a member of the Alerts. In addition to his many years of active service with the Alert Fire Company, Meade also served the country as a U.S. Marine and as an assistant fire marshal for Fire and Rescue Services for Nassau County Fire Communications. Meade is pictured in the center (seated) with fellow members of the Alerts and Alert Junior firefighters.