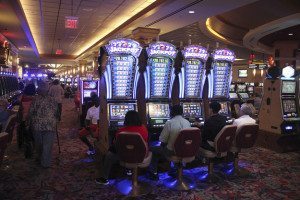 An agreement has been reached that would end OTB’s plans to build a Video Lottery Terminal (VLT) facility in Nassau County, while ensuring the county receives the millions of dollars in recurring revenue that the facility was projected to generate, according to Senator Jack M. Martins, who negotiated the agreement between Nassau OTB and Genting Group, which operates Resorts World Casino at Aqueduct.

“I thank Nassau OTB, Genting Group, the Governor and the Senate Majority Leader for coming together and negotiating in good faith to reach a fair deal which benefits everyone,” said Martins. “This agreement is the best-case scenario for Nassau County and its residents; receiving substantial, recurring revenue while ensuring that a VLT facility will not be opened in Nassau County. Residents who were concerned about a VLT facility affecting their community, or seeing the county cut services because this revenue never materialized, don’t have to worry about either under this arrangement.”

Under the terms of the agreement, Nassau OTB would give up its right to install as many as 1,000 VLTs at a facility within Nassau County. That allotment would be transferred to Genting Group for use at its existing Aqueduct VLT facility. In exchange, Nassau OTB will receive annual payments from Genting Group, which equal the revenue OTB projected its Nassau VLT facility to generate for Nassau County. Genting Group will provide Nassau OTB with $9 million in both 2016 and 2017, $25 million in 2018 and increase that $25-million payment by the cost of inflation each year thereafter.

The agreement is subject to the approval of the state budget.