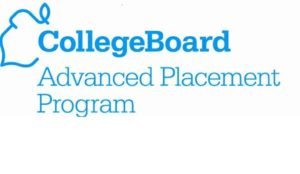 A total of 458 students from Great Neck North and South High Schools have been named Advanced Placement (AP) Scholars by the College Board for their exceptional scores on college-level AP examinations, which provide academically prepared students with the opportunity to pursue college-level courses while still in high school.

Award recipients are current juniors and seniors, as well as students who graduated in June 2016. The AP Scholars who have not yet graduated are eligible to receive additional AP Scholar awards next year.

A five-point scoring system is used, with 5 being the highest and 1 the lowest. Most two- and four-year institutions offer college credit, advanced placement and/or consideration in the admission process for qualifying AP exam scores.

The National AP Scholar award was granted to students who received an average score of at least 4 on all AP exams taken, and scores of 4 or higher on eight or more of these exams.

The following students qualified for the AP Scholar with Distinction award by earning an average score of at least 3.5 on all AP exams taken and grades of 3 or higher on five or more of these exams. National Scholars are also included in this group.

The following students, who earned an average score of at least 3.25 on all AP exams taken and scores of 3 or higher on four or more AP exams, were granted AP Scholar with Honor awards.

AP Scholar awards were presented to the following students for receiving scores of 3 or higher on three or more AP Exams.